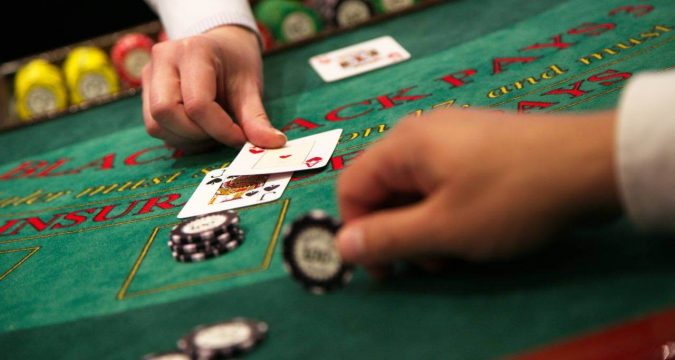 Among the enticements, which have proven effective, are cheap hotel rooms and a better hourly wage. The push was necessary due to the expected record participation and new venues for 2022.

According to Bryan Horwath of the Las Vegas Sun, the WSOP has secured the services of hundreds of dealers for the next month-plus of poker games. It’s a necessary expense because, on certain days, there will be almost 600 tables in play at once.

Those dealers didn’t just descend upon the Las Vegas Strip to be part of the action, though. In conjunction with the host sites and other nearby businesses, the World Series of Poker went all in.

The WSOP partnered with the Rio Hotel on Flamingo Rd. It secured a block of 200 rooms and is offering them at a rate of just $30 per night for dealers. Some of the dealers are even splitting the rooms to further increase their profit margins.

They aren’t the only ones doubling-down, however. The WSOP has also doubled down by increasing pay rates for dealers. WSOP Vice President Jack Effel says that the base rate went up by three dollars an hour to $12.50.

With bonuses, that means dealers can earn up to $50 an hour during select events. Then, tips come on top of that. Those accommodations have dealers descending on the tournament from all over.

“We went everywhere we could think of to find dealers,” Effel told Horwath. “Some are veterans who have worked for us many times. Others are people who are coming back to dealing because they had been driving for Uber and gas got too high. Some (former dealers) in Las Vegas left in recent years for places like Texas or Florida.”

Dealers aren’t the only ones sharing in the employee perks, too. The tournament has also increased pay rates for cashiers. The reason for the unprecedented spending? Casinos expect an unprecedented return.

2022 World Series of Poker could be biggest-ever

The 2022 WSOP kicked off today with a ceremony that featured Lisa Vanderpump. The event will run through July 20. That duration is standard but there are some unique elements for 2022.

Unlike in previous years, this year’s host Nevada casinos are the current Bally’s (future Horseshoe Las Vegas) and Paris Las Vegas. Caesars announced the move as it made clear its intent to sell the Rio last November. The Rio had been the site of the event for the previous 17 years.

Because of the number of tables and the inclusion of new events, turnout for this year should hit a record high. The size of the venues also should allow for a record number of players. For example, the convention space at both Bally’s and Paris adds up to over 200,000 square feet.

According to David Schoen of the Las Vegas Review-Journal, the WSOP record for players is 8,773. The 2006 tournament saw that historical high.

As Caesars and the WSOP expects hundreds of tables to be full on the appropriate days, it was necessary to bring in hundreds of dealers. It seems their WSOP dealer recruitment has been a success so far.