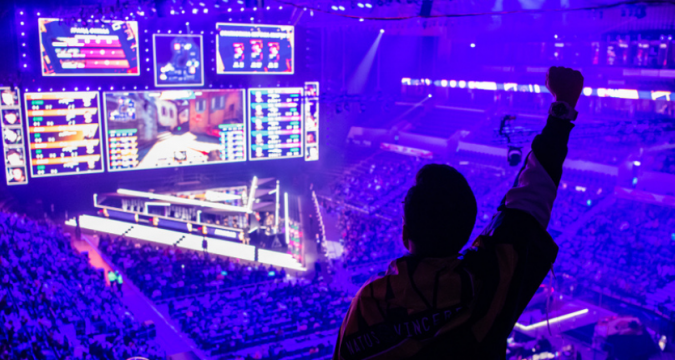 May marked the fourth anniversary of when PASPA – the Professional Amateur Sports Protection Act of 1992 – was overturned, clearing the way for legalized sports betting in America.

But who thinks a ‘fourth-anniversary’ merits great attention? Let’s skip ahead a year. It’s May 2023. The Act has been gone five years. What does the world of sports gambling look like?

What could US sports betting look like by May 2023?

By this time next year, sports gambling will be legal in 39 states, ideally much of it offering both online and retail. California is going to cross the line. Ohio is going to be ready just in time for the Ohio State-Michigan game in 2022. Texas is still going to hold off. Kansas will jump in.

Florida is going to be Florida and be a boondoggle.

Sports betting revenue will crest for the states around the turn of the year and begin to taper off. Inflation triggered by higher travel costs and worldwide chaos will spark a recession that sees Americans everywhere back off from frivolous spending.

By this time, though, the infrastructure built by sportsbooks and states will be set. The future of sports betting is digital, and it will be televised.

It will be increasingly easy to place a bet.

Say a few code words to Alexa or Google Home and get the odds on the NBA playoff game. Then follow up by betting $10, $20, or $50 from your account, also via voice command.

Churchill Downs will offer VR headsets that allow gamblers a trackside view from the Triple Crown races. They’ll hear the horses thunder past and sip an authentic mint julep.

Or just visit any major stadium situated in a legal betting state – it’s likely to have a sportsbook, or at least kiosks, right there.

Competition for brand ambassador deals and partnerships will be fierce and widespread.

The sportsbook apps will partner with the main four leagues (NBA, NFL, MLB, and NHL) and provide “GamblingCasts” of events, available as a different feed on your screen. Just before the ball is snapped, an offer will pop up to bet on the odds of the play.

Viewers will have five seconds to decide and have a pre-set betting amount. Then the play will be shown (and the prize won or lost) and the game restored to live-action.

While sitting in your seat at the Caesars Superdome watching the New Orleans Saints vs. Tampa Bay Buccaneers Super Bowl, fans will have a dedicated app where they can bet live on the game. Oh, wait, that already exists on your phone.

Cryptocurrency will be dead, thankfully. (Hopefully).

The sportsbooks realize cash is still the real king.

Barstool will offer bets on the 56th pitch of every World Series game, whether it’s a ball or a strike or put into play. (Don’t laugh, this type of bet is offered for cricket matches). It’s a new way to parlay. Barstool Boss Dave Portnoy will hail it as the next great invention of our time.

DraftKings will become co-sponsors of the United States Football League and see the league expand to 16 teams playing in markets across North America (Ontario, anyone?).

Attendance and television ratings don’t matter. What matters is the only way you can bet on the game will be through the Barstool app.

The ability to be the sole gambling operator for a professional sports event will command billions.

Catching the next generation in sports gambling

Everyone will still talk about eSports as the final frontier in sports gaming, but the audience of people with disposable income don’t find League Of Legends or Rocket League all that riveting, and it still becomes this mythical future.

What the smart casinos and sportsbooks do is make inroads on Discord and offer apps on the PlayStation5 and Xbox Series X. This way, they can entice gamers to shift over from one game to another, but with a chance at winning real money, or better yet, the chance to win game tokens to use in their video games.

When you stop to think how much has changed in four years, you realize there’s still so much more out there that can happen in 12 months. Except for in Florida. You keep being you, Florida.