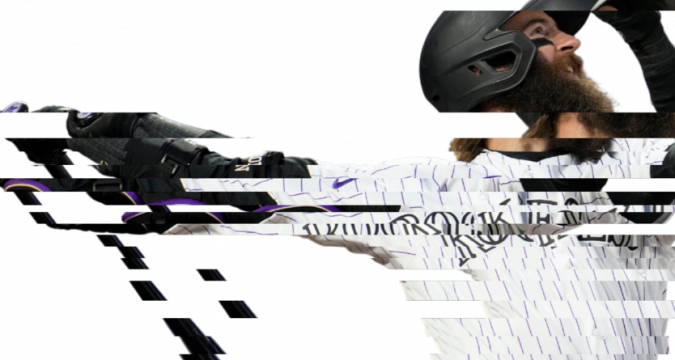 Less than a week after the Colorado Rockies’ Charlie Blackmon signed a deal with MaximBet to become the first active Major League Baseball Player to endorse a sportsbook, the outfielder was involved in one of those plays that leave fans fuming.

In the third inning of a series-opener in Philadelphia, right fielder Blackmon appeared to miscommunicate with center fielder Randal Grichuk, backing off a play that allowed a catchable fly ball from Kyle Schwarber to drop between them. In a bygone era, fans would have moved on and chalked it up to a missed play in a multitude of them over a 162-game season.

But in a time when players like Blackmon are free to shill for sportsbooks, when bad-take columns profess Pete Rose should be absolved for his sins of betting on baseball …. no one really said much. The Rockies were uniformly atrocious in the 8-2 loss and the sun came up the next morning.

Even the conspiratorial venom brew that is Reddit hardly blinked. For Blackmon, MaximBet, MLB, and all the stakeholders digging further into this rich new revenue vein, that had to be reassuring.

But was it good that fans hardly noticed? Was that a validation that Blackmon was a sensible non-offensive choice to break down the sportsbook door, or was it proof that he didn’t tick the needle?

No matter what, said Rick Wolf, senior vice president of Spotlights Sports Group, others will soon follow, and that’s the news.

“There will be many more now that the seal is broken,” he told PlayUSA.

Blackmon’s selection was in keeping with what Wolf had predicted would be a sensible choice as the brand ambassador/pioneer: a vetted older player with some measurable on-field success. Though not nearly as statistically accomplished as one player Wolf mentioned – Detroit’s newly minted member of the 3,000-hit club, Miguel Cabrera – Blackmon is a 12-year veteran and the 2017 National League Batting Champion.

Branding veteran: Blackmon was not the first-mover brand ambassador he expected

Kevin Mercuri, CEO of Propheta Communications found Blackmon lacking in several criteria, including the intangible, but crucial “it factor.”

“I’m still wondering why MaximBetUSA would choose an avowed, bible-studying Christian as their gambling spokesperson,” Mercuri said in an email. “Blackmon refers to himself as “Chuck Nazty” on social media, but in real life, he’s a gentle, down-to-earth soul. He’s not the type of person that you’d follow to the sportsbook. He certainly isn’t going to attract aspiring alpha males to the site.

“That said, the marketing team at MaximBetUSA obviously sees something that most of us do not. Perhaps they’re looking to capture the ‘regular guy’ segment of the sports betting market.”