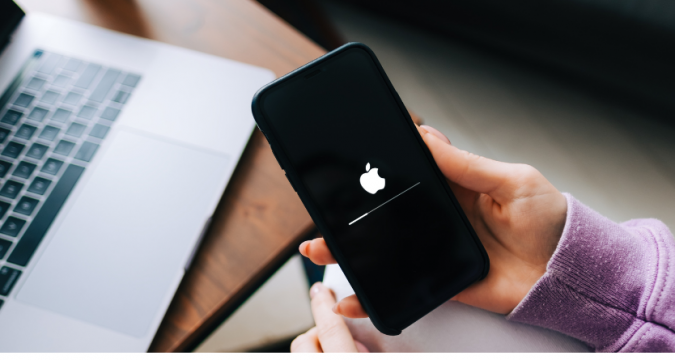 For online entertainment businesses, getting their products into a position where iPad and iPhone users can access them easily is a debate between whether they can afford to and afford not to. The coming Apple iOS16 update could change that debate.

The upgrade to existing devices could help Apple open its platform up in new ways. While that could mean a new era of accessibility, market forces could limit the potential of the changes.

The possible effects on online casinos and online poker gambling apps are about a tangential change that could come in concert with the iOS16 implementation.

What does the Apple iOS16 update entail?

The update, which devices will start to receive this fall, includes some big changes and some minor adjustments. Kif Leswing of CNBC reports that the most visible transformation will be on the lock screen.

Some of the lock screen updates are more aesthetic than functional. For example, there will be new wallpaper options. Notifications will appear at the bottom of the screen instead of the top. Users will be able to add a host of new widgets to their lock screens as well. That will make more information available without having to unlock the device.

A hotly sought feature that is coming to iMessage is the ability to edit and unsend messages. Apple Maps will also finally allow users to add multiple stops to a single route. If it seems like none of these twists will affect gambling apps that much, that’s a correct sentiment.

For many gambling companies, building and maintaining an app for the App Store is a “Sophie’s Choice.”

Companies can, in theory, build “web-wrap” applications that iOS device users can access. Those have limited functionality on current devices, though. The difference between a “native” and a “web-wrap” app is that a native app is available on the App Store while native apps are available through a web browser.

Some of those differences in functionality are vital for gambling apps. For instance, web-wrap applications are unable to access the device’s location services while native applications have that feature built-in. For gambling companies that must verify users’ locations to comply with federal and state laws, that’s a feature they simply cannot operate without.

Bob Lawson, director of mobile propositions for Optimove, explains why gambling companies might hesitate to take on native apps despite the current technological advantages.

“By a factor of many times it’s more expensive to build a native app than it is to ship out a web app,” Lawson said.

“It really depends on the functionality but it could be up to 10 times more expensive. You have all these hoops and hurdles to jump through to get into the App Store in the first place and then you might find out that you get kicked out at the last minute over just the opinion of the person reviewing your app over whether it meets their guidance or not. The ongoing cost as well of having the app is considerable.”

While the Apple iOS16 update won’t include any substantial changes to this problem for gambling companies, a related matter could put could a crack in this glass ceiling.

Last August, Apple reached a settlement with plaintiffs in Cameron et al v. Apple, Inc. The lawsuit argued that Apple was in violation of antitrust standards by essentially forcing any business that wanted to use its platform to reach customers to go through the App Store and pay the accompanying commission and fees.

Apple takes up to 30% of native app makers‘ App Store revenue right off the top, plus charges fees. According to Simon Sharwood of The Register, the part of the settlement that points in the right direction for gambling companies could be forthcoming soon.

Sharwood shares that Apple agreed to adjust its rules around contact between developers of web-wrap apps and their customers. Essentially, web-based apps will be able to use the same push notifications system that native apps use to market their products.

Lawson says that while he expects Apple to roll out that change in early 2023, Apple’s commission and fees incentivize it to delay making that change as long as possible. Lawson believes Apple could roll out the change right now.

“Obviously Apple has an incentive to get as many native apps as possible because they will take the 15%-30% skim off the top,” Lawson commented.

“They’re grossing something like $70 billion a year just through the App Store, so you take 15% of that, and it’s a lot of cash. They don’t want people to actually publish progressive web apps because they can’t get that revenue through them.”

Lawson shared that the United States’ state-by-state gambling regulation is part of the problem. He also feels that regulators could do more to address this issue.

How state regulation compounds the issue of geolocation

Lawson explained that if there was no need for gambling apps to verify users’ exact locations, more progressive web apps could be on the market today. What would that mean for online casino players? Better access to higher-performing applications.

Some operators in some jurisdictions do not yet offer apps for iOS devices. While the cost of a native application might not be the entire reason, it’s likely a part of the explanation. Changes in federal and state laws that necessitate such pinpoint geolocation might be decades away, though.

Lawmakers could approach the issue from a popular perspective, though. Recently, there’s been a push among proponents of gambling expansion to ensure that smaller operators have a chance to compete.

For example, Maryland‘s sports betting legislation includes benchmarks for minority inclusion, according to PlayMaryland. Lawson elaborated on how leaving Apple to essentially control the market for gambling on iOS devices flies in the face of such measures.

“You could be talking a quarter of a million dollars to build a native app but $40,000 or less to build a progressive web app,” Lawson stated.

“Then there’s Apple’s take. The technology needs to allow a lower cost of entry for smaller publishers but also the amount of revenue they split with Apple needs to allow them to be competitive. Right now, iPhone users are forced to get their apps from the App Store and so to reach those customers, operators are forced to build a native app and give up that 30%. It doesn’t seem reasonable.”

It’s unclear whether regulators will start to look into further restrictions on Apple’s business model. What is clear, though, is that the possibility exists.

Governmental entities are not finished with Apple. The European Union enacted new standards affecting Apple in May. The new rules will force Apple to allow users in member states to access third-party apps.

Furthermore, Mark Kolakowski of Investopedia reports that EU authorities are also aiming to open up Apple Pay options. While Apple got an extension for compliance with court-imposed changes in the US last December, court actions are pending.

Future settlements could open up more functions to progressive web apps. That could mean a lower cost of entry for gambling companies. For Optimove, just the coming messaging functionality is significant.

Optimove already works with brands like BetMGM Casino and the Pennsylvania Lottery to market their products. Optimove uses artificial intelligence to deliver customized marketing solutions, some of which involve push notifications.

“Push notifications can be a powerful way to reach customers,” Lawson added.

“That’s going to make the online gambling really take off, especially if you can get a web app onto the platform because then you don’t have to worry about losing 30% off the top.”

That change could be coming in the Apple iOS16 update or soon thereafter. For iOS device users, it could be a sign that easier play is on the way.