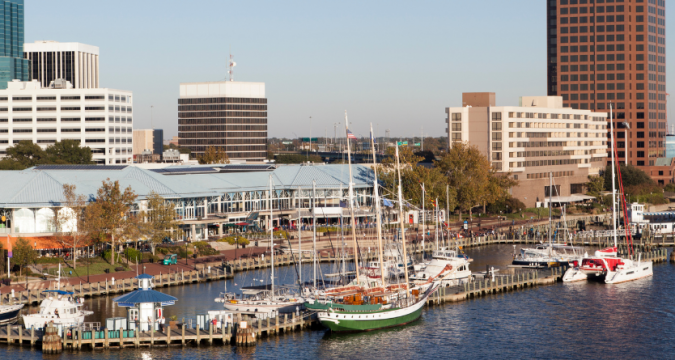 At the behest of Virginia State Senator Joe Morrissey (D-Richmond), the proposed Virginia state budget includes a provision that prohibits Richmond from holding an enforceable casino vote until 2023.

Morrissey wants the state to conduct a feasibility study on putting a casino in the city of Petersburg, which is in his district but south of Richmond.

This latest budget constraint is the latest chapter in the Virginia casino saga. Five communities were given a chance to vote on whether they wanted a casino in their city limits. Four, Norfolk, Portsmouth, Bristol, and Danville said yes.

Richmond residents were given a chance to vote on a $565 million development led by Urban One and casino operator Peninsula Pacific Entertainment (owners of Virginia’s Colonial Downs and chain of Rosie’s Gaming Emporiums) in November of 2021.

That was enough for Morrissey, a former mayor of Richmond, to look elsewhere in his district for a land-based casino. Still, various Richmond officials, including Mayor LeVar Stoney, wanted the city to get a second chance at the vote.

Can you do a re-vote in Virginia?

The 2020 Virginia gaming bill didn’t expressly set out what would happen if a city voted down the proposition. They probably figured no city would vote no.

Morrissey disagreed, saying that Petersburg deserves a look and that a second Richmond vote goes against the democratic process.

Then there was debate over if Richmond held a second vote, that the Virginia Lottery would just withhold the license.

“They can have the referendum if they want to, but we just won’t agree to issue the license,” said House Appropriations Chair Barry Knight in a Richmond Times-Dispatch report.

The budget deal revealed Wednesday in the Virginia Mercury shows that Morrissey prevailed.

No such political drama surrounds the planned HeadWaters Resort and Casino in Norfolk.

The only intrigue involved the spot for the temporary casino to open. Last week the Norfolk Planning Commission endorsed a two-year conditional permit for the Pamunkey Indian Tribe to open in a vacant restaurant and COVID-shuttered boxing club at Harbor Park Stadium, home of the minor league Norfolk Tides.

Executive Vice President Randy Ferguson of the Pamunkey Indian Tribal Gaming Authority told the commission that the temporary location would have 625 slot machines, a restaurant, and may have electronic table games. He called it a “teaser facility” that would show Norfolk a glimpse of what HeadWaters would be.

In return, the tribe will pay the baseball franchise $175,000 to renovate its kitchen facilities. The temporary casino will be connected to the stadium, but there will be no direct access from the concourse. Fans would have to leave the stadium to enter the casino.

The Norfolk City Council is expected to act on the recommendation at its meeting later this month.