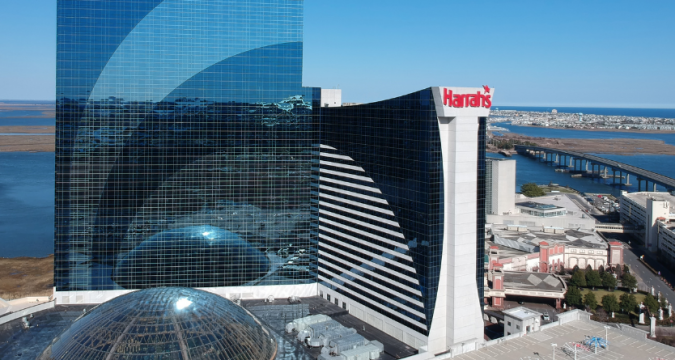 At midnight in Atlantic City, the games went on.

The Local 54 Unite Here Union had posted 12:01 a.m. strike deadline Friday to come to an agreement with four boardwalk casinos: Caesars, Harrah’s, the Borgata and The Tropicana.

About an hour before the deadline, the two sides were able to come to a tentative agreement with Caesars management which controls Caesars, Harrah’s and the Trop, and with the leadership at the Borgata.

However, the union is maintaining a strike deadline of Sunday against the Hard Rock, but there is now more optimism involving those negotiations.

Details of the settlement won’t be revealed until they are presented to the full membership, but Union leaders noted a significant pay increase.

The deal averted the city’s first strike of casino workers since 2016.

Over 6,000 casino workers were fighting for a wage increase to match inflation costs and assurances that their jobs wouldn’t be outsourced.

The timing of the threatened strike was intentional. Fourth of July weekend is the unofficial/official kickoff to the summer beach season for New Jersey casinos and a booming time for revenue in all areas of these casino-resorts. In short, they need staff. And lots of it.

Caesars Atlantic City’s website shows the hotel is booked from July 1 to July 3. Harrah’s and the Borgata each have some rooms available Friday night. The Trop is booked for the entire holiday weekend.

Because of the demand, tensions were especially high on Thursday.

“Maybe they’ll make a deal,” said a woman answering the phone at Caesars Thursday afternoon, who refused to give her name to PlayUSA.

“This summer, our casinos are feeling a renewed sense of energy and excitement return to Atlantic City,” said Joe Lupo, president of the Casino Association of New Jersey in a release posted on the association’s web site.

“There is something for everyone here in Atlantic City, and we can’t wait to welcome new and returning guests to enjoy our world-class entertainment options and experience first-hand all that our beachfront destination has to offer this Fourth of July Weekend.”

Now they will get their wish.

All the guests, none of the help in Atlantic City

None of the executives from any of the Atlantic City casinos has gone on record with how they would handle the swarm of people if the workers were on strike.

It’s definitely enough to keep New Jersey natives away from making the trip down the Garden State Parkway (for you out-of-staters, the Jersey Turnpike doesn’t really get you to AC).

“My wife and I used to take the bus down from AC from the senior center, but they stopped during COVID and just started again,” said Pablo Black, a Wyckoff resident. Wyckoff is about 100 miles north of AC.

“We were excited to go down on the bus again in July, but if they have this strike, we won’t be able to go.”

Black remembers when the casino would pay for lunch for the bus riders and give them tokens to use. Sometimes though, the riders would take the bus and then just go sit on the beach instead of inside the casino.

“I guess we will have to go to Mohegan Sun or Foxwoods now,” said Black.

According to information presented by the Union, Caesars, the Trop, and Harrah’s could lose up to $1 million a day combined from the strike, while the Borgata could lose almost $1.6 million.

“We really need to get some significant wages across the board. We sacrificed wages for a lot of years to secure our healthcare and pension,” said Jeff Payne in The Guardian. Payne has worked as a server in the Laurel Lounge at Caesars for 33 years.

“Casinos are doing very well. They’re making billions of dollars in profits, and they don’t want to invest in the workers. It’s a struggle at this point and everyone is having a really hard time with everything going up, and the company is unwilling to put any wages on the table.”

More and more industries are feeling the aftermath of the pandemic. The workforce was slashed in many sectors, then returned with the power to cherry-pick the best job fit.

The demands of the union of Atlantic City workers will replay themselves all across America. This is one game that could have major repercussions.