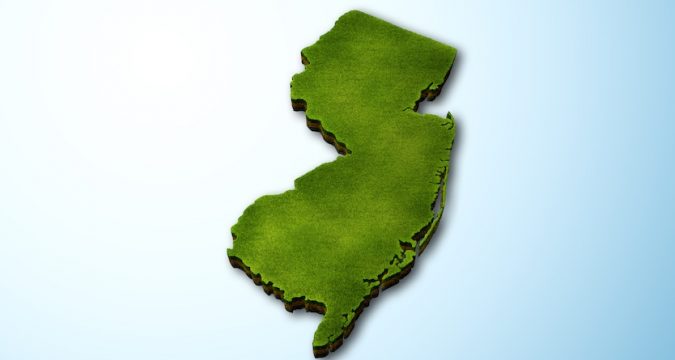 Two New Jersey vicinities were arguably the best places to take part in US online gambling over the past three months. Online lottery service Jackpocket has just revealed its luckiest zip codes for the last quarter and the Garden State claimed both of the top two spots.

While that really has no bearing on future results as lottery games are those of pure chance, Jackpocket’s latest info dump also has some interesting information about certain games’ performances in terms of payouts. That data shouldn’t influence players’ decisions going forward, though.

A Wednesday press release from Jackpocket breaks it all down. Jackpocket is a courier service for lottery games. Through its mobile app, users buy actual lottery tickets in the jurisdictions where Jackpocket is active.

According to Jackpocket, players within the bounds of the 07002 zip code, pertaining to Bayonne, New Jersey, won the most money via its app from April through June of this year. Their winnings hit over $1.3 million during the quarter.

The second-winningest zip code is in New Jersey as well. That was 07508, inside Passaic County. Those players amassed just over a million dollars in payouts over the quarter. The rest of the top ten were:

It’s important to note that these zip codes were the luckiest over the quarter in terms of amassing the most winnings during that time alone. That does not mean the players in these zip codes saw the best return on their plays. In fact, that may not have been the case at all.

Jackpocket says that players in New York averaged spending more per month than players in any of its other active jurisdictions over the quarter. Thus, it makes sense that half of the top ten luckiest zip codes are in the state. Players in those zip codes likely spent millions more than they won during the three months.

New Jersey has been among the top three states in revenue for Jackpocket over each quarter of the past year. In addition to the aforementioned states, Jackpocket also operates in:

Jackpocket adds that Texas has been among its top three revenue states in each quarter of the past year and Ohio has seen the greatest year-over-year increase in terms of sales, so again, spending correlates with winning. Arkansas’ inclusion in the zip code listing points to an interesting factoid.

Luckiest games of the past quarter on Jackpocket

Jackpocket states that out of all the games available in its active markets over the past three months, the Arkansas Lottery‘s Natural State Jackpot paid out the most. The rest of the top 12 luckiest games over Q2 2022 were:

Of even greater importance, Jackpocket notes that these games have been among the top 12 luckiest for each of the past three quarters. Again, that doesn’t necessarily mean players actually came out ahead playing them.

At the end of the day, these are all games of pure chance and these statistics could change over the next quarter. Players should not take this information as a sign that they are more likely to win if they buy a lottery ticket in Bayonne, New Jersey, or play Lucky for Life in Colorado. If you have to travel to those places, that increases your cost to play and means you have to win more to turn a profit.

The best way to win is to set a budget for your online lottery play and then stick to it.