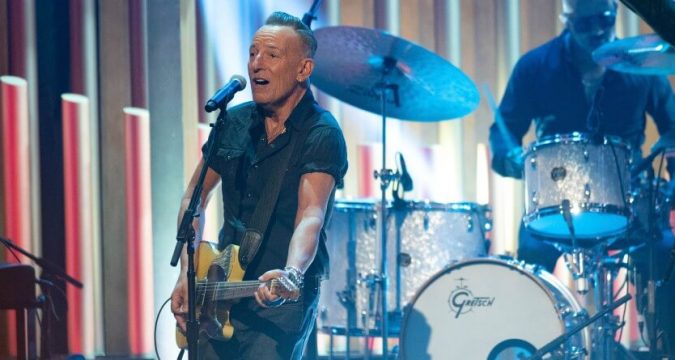 Don’t expect a comp for this one. There’s a price you pay to see Springsteen.

Due to high demand, tickets for all shows have sold out fast. Ticketmaster’s “dynamic pricing” drew the ire of customers who had a “Tenth Avenue Freak Out” over tickets priced between $4,000 – $5,000. Dynamic pricing is basically Ticketmaster setting the prices based on the demand for the tickets. And demand to see the Boss and the E Street Band is very high.

US casino venues have the highest ticket prices on the resale market because they are the smallest venues.

How to see Bruce Springsteen at these two US casino venues

Verified resale tickets can be purchased for both shows at Ticketmaster and StubHub.

Our sources tell us that if you are a high roller/premium player, casinos do have tickets set aside plus rooms the night of the concert. However, it doesn’t guarantee you’ll be getting a call from your casino host.

Rooms at Mohegan Sun on March 12, the night of the Springsteen concert, start at $672.

Springsteen at Seminole Hard Rock US casino in Florida

Bruce Springsteen and The E Street Band start their 2023 international tour with 31 shows across the United States. They perform at Hard Rock Live at Seminole Hard Rock Hotel & Casino Hollywood, a 7,000-person venue on Feb. 7.

Much has been made about the “$5,000 Springsteen tickets.” For the Hard Rock Live on StubHub, we came across $7,115 tickets in the Upper Orchestra Section 115.

The “get in” price for Hard Rock Live is the highest at StubHub of any Springsteen shows in the US. 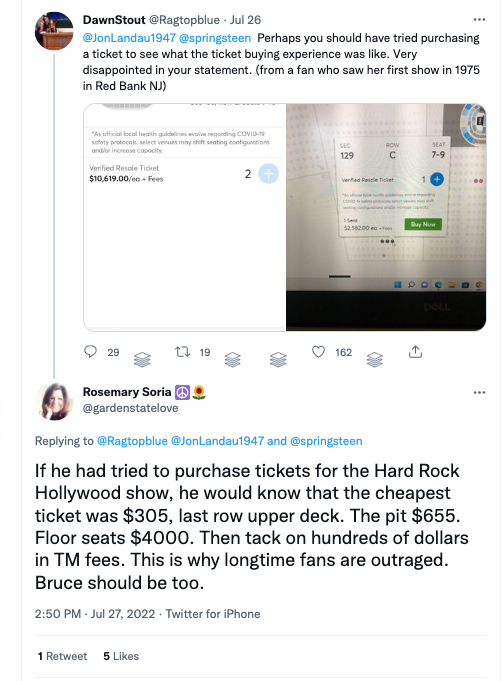 The Mohegan Sun Arena holds 10,000 but compared to the other arenas on the tour, it’s a small venue for a superstar like Springsteen.

After Hard Rock Live, Mohegan Sun Arena has the second-highest “get-in” price for a Springsteen concert at $450 on StubHub. It might take a “red-headed woman to get a dirty job done” but perhaps it takes a Jersey boy to reign in Springsteen ticket prices.

“After the long hiatus, we are all excited that Bruce is going back on tour. But Americans have the right to enjoy some live entertainment without getting ripped off. Ticketmaster sees popular events as an opportunity to soak regular Americans.”

Pascrall first introduced the BOSS Act (Better Oversight of Secondary Sales and Accountability in Concert Ticketing) in 2009 after Ticketmaster redirected Bruce Springsteen fans to its secondary site TicketsNow to buy marked up seats without notice. Pascrall is aiming to reintroduce legislation this year that would impose a level of transparency upon the ticket industry so fans have a fair chance to purchase tickets on the primary market. The legislation would also protect consumers who use the secondary market to purchase tickets.

Ticketmaster said 88.2% of Springsteen tickets sold so far have been at fixed prices between $59.50 and $399 before taxes and fees. They added that the average ticket price is $262 and 56% are being sold for less than $200 each.

“I believe that in today’s environment, that is a fair price to see someone universally regarded as among the very greatest artists of his generation.”