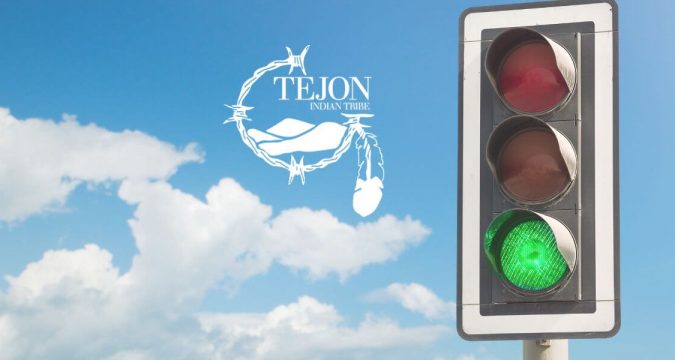 The Tejon Indian Tribe is well on its way to opening a casino in California.

Earlier this month, legislators approved a bill that would ratify a compact between the Tejon and the state. The compact would allow the tribe, among other things, to move forward with plans to build a casino on land in Kern County.

“It’s an honor to co-author legislation which will finally give long-deserved recognition to the people of the Tejon tribe,” Grove said. “[The bill] will ratify a tribal-state compact that will greatly benefit both the Tejon tribe and Kern County with nearly 5,000 jobs, live entertainment and convention spaces that will bring exciting growth to the area.”

The compact paves the way for greater Tejon self-sufficiency, economic stability, and self-sufficiency. It is one of dozens that the state has made with tribes across California.

The Tejon’s compact with the state received a major boost when Gov. Gavin Newsom approved a draft of the gaming compact back in June.

With Newsom’s blessing, Sen. Melissa Hurtado, who represents constituents in Kern County, with with the county to draft a bill that would ratify the compact.

“We, the 1200 members of the Tejon Indian Tribe of the Kitanemuk nation, extend a heartfelt thank you to Governor Newsom and his staff for their efforts, as well as State Senator Melissa Hurtado and the entire bipartisan delegation of Kern County lawmakers for their unwavering support,” Tejon Indian Tribe Chair Octavio Escobedo III said in a joint statement with Hurtado. “We’re looking forward to a long and rewarding partnership of mutual respect and cooperation between our Tribe and the State of California.”

The bill journeyed its way through multiple readings in the Senate before it went to a vote in late August. The bill passed 39-0, and was sent to Newsom’s desk for his signature on Sept. 13.

Once Newsom signs the bill, it will go to the Department of the Interior (DOI). The DOI will have 45 days to review the compact and ensure it complies with the Indian Gaming Regulation Act. The DOI has three options:

Approve
Deny
Say nothing, allowing the compact to pass

The 45-day review period begins when the compact is received and stamped by the Department of Indian Affairs.

In 2019, the tribe signed a deal with Hard Rock International. The partnership paved the way for Hard Rock to build Hard Rock Hotel Casino Tejon on the tribe’s land. Earlier this year, Gov. Gavin Newsom approved plans for the casino.

The project will cost $600 million, create around 5,000 jobs, and will not use any public money.

Construction on the casino has not started but, when it does, the tribe and Hard Rock believe it will take at least 20 months to build the facility.