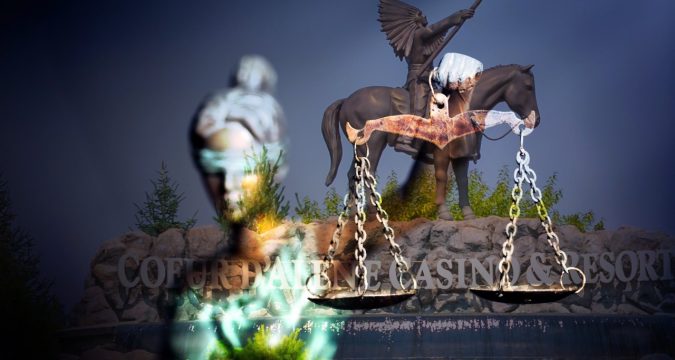 It will be, they said, a question of sovereignty.

Steven Geller, the general counsel of the National Council of Legislators from the Gaming States and a former Florida senator and a representative, said at the group’s summer conference in Boston that the Court’s 5-4 decision in Oklahoma vs. Castro-Huerta could eventually erode tribal autonomy beyond the scope of the case.

The decision has now established that federal and state governments have concurrent jurisdiction to prosecute crimes committed by non-Native Americans on tribal lands. The case essentially undermines a 2019 5-4 Court ruling in a similar McGirt v. Oklahoma case that was also decided on a 5-4 vote.

A slippery slope for tribes and their rights

Neither the McGirt nor Castro-Huerto cases had anything to do with gambling but centered around the enforcement of the Major Crimes Act. Still, the subsequent opinion and precedent will have major implications for all types of tribal sovereignty, Justices Stephen Breyer, Neil Gorsuch, Elena Kagan, and Sonia Sotomayor said in their dissent.

“I think we’re in a new world now in terms of how the United States Supreme Court is going to be reacting on tribal issues,” he said.

“Now on the exact same issue, 5-4 ruling, but this case now has a very narrow view of Indian sovereignty. If you are a tribal member or you do business with the tribes, it behooves you to read that case.”

Currently, federally recognized tribes can negotiate the right to offer gambling on their lands through so-called compacts with the respective states. In other states, such as Connecticut and Arizona, tribes have negotiated for the ability to offer gaming throughout the state by becoming licensed and taxed like gambling companies.

Geller worries that state and federal governments could undermine tribes to capitalize on the rights that have been theirs exclusively.

Deril Jordan, a former attorney at the Bureau of Indian affairs, has represented numerous tribes and said he is “very concerned about” the case. He also argued that the US District Court of Appeals, DC Circuit erred in shutting down the Seminole Tribe of Florida‘s state-wide mobile sports betting operation in November.

The ambiguities outlined in the Indian Gaming Regulatory Act and previously held up as tribal law “canon” should have applied, he said. This just adds momentum, he said, to a trend.

“It has been the law in the United States since [Worcester v. Georgia 1832] that states do not have authority on federally recognized Indian reservations,” Jordan said,

“And that the starting position, the default position is that states have no authority on Indian reservations unless granted that authority by Congress and this decision ignores it. Justice Thomas, Justice Scalia when – he was alive – routinely ignored and even worse than ignored, they actually improperly stated the precedents. But those decisions never became part of majority decisions. This does. And in my opinion, it stands federal law on its head on intent.”

IGRA might serve as a buffer between outside intervention, tribal gaming interests

John Holden, a professor at the Oklahoma State business department, said the court’s decision does immediately bring into question whether the regulatory structure needed to possibly launch mobile betting in tribal land in parts of eastern Oklahoma would survive a legal challenge.

But Holden told PlayUSA that tribal gaming might have a bulwark nationally against outside interference in IGRA.

“The impact of the Castro-Huerta decision is a bit of an unknown,” he said.

“However, the gaming industry may be more protected from involuntary intrusion into tribal affairs than some other aspects of society because of the existence of the IGRA compacting process that requires the state and tribes to negotiate the terms of gaming operations.”