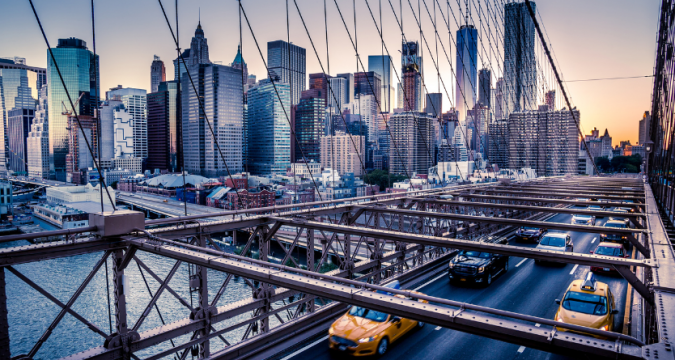 The bidding process for licenses to operate three new US casinos in the southern part of New York could be lucrative for the state if the gambling industry’s biggest players are all seriously interested. On Wednesday, a Sands New York bid remained a possibility.

The company’s CEO confirmed that Sands maintains some level of interest in one of the licenses. Like sands through the hourglass, though, so could the company’s excitement wane as the situation materializes.

Rob Goldstein, Sands’ Chairman and CEO, spoke on the company’s Q2 2022 earnings call on Wednesday. During the call, he took a question about the company’s interest in New York casinos. Goldstein answered the question without divulging too much information.

“No, I think we remain a believer in that market, and the process is taking longer than I thought it would,” Goldstein said.

“But hopefully, it will come to — hopefully, this year or early next, we’ll know what’s happening there. Now, still the density of population and the ethnicity and the access in New York makes it very appealing and lack of capacity still remains a premier market in my mind, if we can get there.”

“A lot of competition, we’re one of many in the hunt there. So nothing new to report. We have a plan in place. We’re executing to it. Let’s wait for the RFP to unfold. So we have nothing new in New York.”

This isn’t the first indication of the company’s interest in New York. Sands was among eight current casino operators to submit an RFI (Request For Information) to the New York State Gaming Commission earlier this year.

In May, PlayNY reported that the Sands had had discussions with New York Mets owner Steven Cohen about a casino near Citi Field in Queens. Other than that, though, there has been little intel on Sands’ plans. New York would be a great comeback location for the company.

Sands shifting in a New York state of mind

Last year, the Las Vegas Sands Corp. made two big changes. Jordan Valinsky of CNN reported that the company shortened its name to Sands and sold off its last remaining casino operations in the United States of America.

At the time, Sands wanted to shift its attention toward its properties in Asia. At the same time, the company has maintained New York would be an exception to that rule. As Goldstein stated, Sands considers it too good of an opportunity to pass up, given the lack of competition and population.

Sands and all other interested parties are now awaiting the state’s RFP, if not responses to their RFIs. What do those acronyms mean for potential bidders and New Yorkers, though?

What are RFIs and RFPs?

In this context, a Request For Proposal (RFP) is a kind of jargon for a licensing bid. While state law sets minimum conditions for those bids, like a $500 million reserve, PlayNY reports the actual bids could have payments of over a billion dollars attached.

Proposals will include much more information than just how much Sands or whoever is willing to pay for a license, though. It will also include information about the site of the proposed casino and who will operate the gaming within.

An RFI will help guide Sands and other bidders in forming those proposals. Essentially, it’s the NYSGC telling bidders what they are looking for in a proposal. Because there is no cap on the money attached to the RFPs, the hotter the competition is, the better for New York.

The fact that Sands is still interested on some level is a good indicator for the state, then. If that interest is heavy, then the RFP process could be as dramatic as any episode of “Days of Our Lives.”