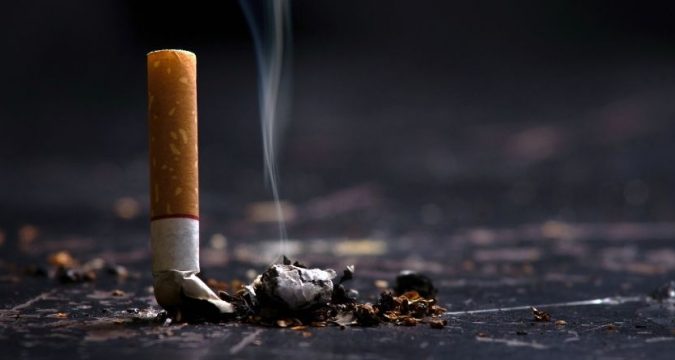 The number of places where Pennsylvania gamblers can simultaneously smoke tobacco products and play their favorite casino games in person is dwindling. Despite state law allowing for smoking on gaming floors, Rivers Philadelphia has opted to maintain a ban on its property.

Rivers joins four other Pennsylvania casinos that have simply left COVID-19 policies regarding smoking in place indefinitely. It’s difficult to tell at this point whether the trend will continue to grow.

To be clear, this is a casino policy only. There’s no local ordinance or state law forcing this measure in this case. While the City of Philadelphia did enact a ban on smoking along with a mask mandate last month as a reaction to a coronavirus spike, it was short-lived.

After the city lifted that ban, Rivers decided it liked what it saw. On April 29, it sent a letter to employees informing them of the change. The letter states that “smoking will not be permitted indoors in any locations of the property.”

However, the casino is not telling patrons who smoke to take a hike. In fact, it has made accommodations for those guests who wish to take a smoke break from their enjoyment of the facility.

Are there any options for smoking patrons at Rivers?

The short answer is yes, but not anywhere indoors. The letter states that Jack’s Patio Bar at the casino will accommodate those who wish to smoke. As the name suggests, that is an outdoor area.

As Jack’s Patio Bar is not open around the clock, the letter instructs staff to direct anyone wishing to smoke outside those hours to the casino’s north and south entrance doors. The hours for the bar are:

Noon to 10 p.m. Sundays through Thursdays
Noon to 2 a.m. on Fridays and Saturdays

The casino is providing new ashtrays and urns for smokers in these areas. With this move, two of the state’s 14 full-size casinos now voluntarily impose such bans. Whether that number will grow is anyone’s guess, though.

Parx Casino, which occupies the Philadelphia suburb of Bensalem, became the first Pennsylvania casino to institute its own indoor smoking ban earlier in April. While the state’s current Clean Indoor Air Act includes an exemption for casinos, there’s nothing in the law that guarantees casino patrons the freedom to smoke on casino grounds.

Recently, Rep. Dan Frankel introduced a bill to end casinos’ exemption to the Clean Indoor Air Act. The bill hasn’t seen any action since its assignment to a committee, however.

If enough of the casinos follow the lead of Parx and Rivers, that might become a moot point. Municipal governments could decide the issue as well, as Philadelphia has done with COVID-19 protocols.

Thus far, there’s no confirmation of other Pennsylvania casinos changing their policies in this way. The trend, however, seems to have tobacco product usage inside casinos going up in smoke.