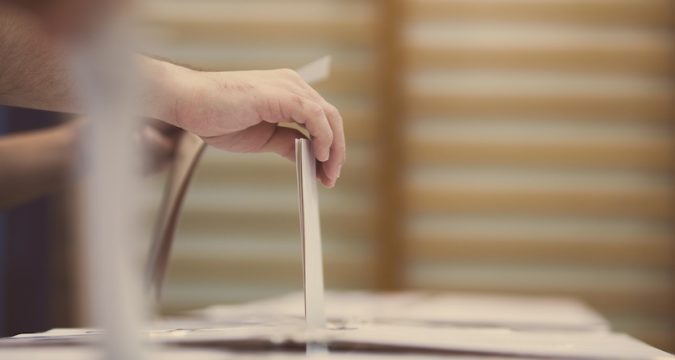 Virginia casinos are a matter of local popular sovereignty and in the state’s capital city, that’s been more complicated than putting US casinos in other parts of the state. There’s a new twist to the story, as the potential future developer of a casino in Richmond has effectively put the kibosh on a vote to authorize gambling this fall.

On Monday, Urban One asked the city to shelf its plans for a November 2022 citywide referendum. If the city acquiesces, that could mean Richmond residents eager to vote yes on such a measure would have to wait until at least next year.

No vote on Virginia casinos in Richmond in 2022?

At the heart of the matter is a dispute between Richmond and Virginia. In 2019, the state enacted a gambling expansion law. Along with legalizing online sports betting, the law also allowed voters in six cities to decide whether to open up their neighborhoods to brick-and-mortar casinos.

Last November, that referendum failed in Richmond. However, the city has resurrected the idea, albeit in a different part of the greater Richmond area. Since the original referendum failed, Richmond’s leaders have been busy on this matter.

Urban One, which has built its business with media like cable networks and radio stations, has a contract with the city to develop a casino. Together, the city and Urban One had drafted a measure for the November 2022 election and got an order from a state judge to hold the referendum.

However, the Virginia General Assembly has intervened. In an amendment to the state’s budget for the current fiscal year, the Assembly effectively blocked Richmond from holding another referendum to authorize a casino. Richmond was prepared to go to court to contest that amendment, hoping to get a favorable ruling in time to get the measure on the ballot for November.

This is where the big “but” comes in.

Timing is everything for developer of casino in Virginia

According to Russ Mitchell of PlayVirginia, Urban One essentially said there isn’t enough time on Monday. Urban One’s statement points to a delay instead of capitulation to the legislature’s decision.

Despite strong legal arguments to support moving forward in 2022, we have asked our partner, the City of Richmond, to withdraw their petition for a November 2022 ballot referendum because we feel a long protracted legal dispute at this time does not best serve the citizens of Richmond or the State of Virginia. We are now focused on winning the Richmond casino referendum in 2023.

Putting off plans for a referendum until 2023 does afford more time to see a potential resolution to court disputes. It could also give the city more time to sway voters toward approving such a measure if a vote does occur.

It’s uncertain right now how effective Urban One’s legal arguments will be, however. Furthermore, there’s no guarantee that voters in the city will vote any differently a second time around. If the dream of a Virginia casino in the state capital does have an end, this could be the beginning of that end.