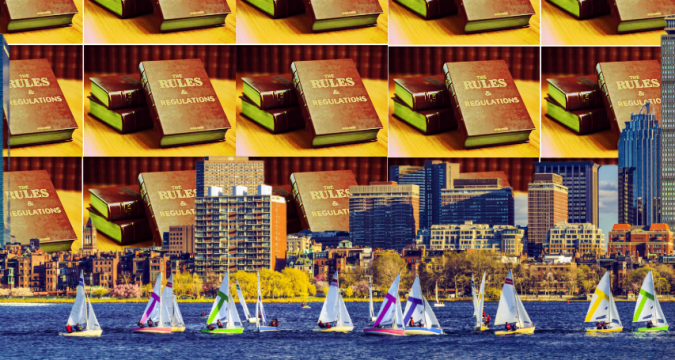 The Massachusetts Gaming Commission is set to begin sketching preliminary sports betting rules for non-contested topics. Massachusetts Legislature continues to slog toward concocting a law. Each chamber has passed its own bill, but there’s much to reconcile.

It’s unclear when legislators will finalize a bill, but Gov. Charlie Baker – a long-time sports betting enthusiast – eagerly awaits his chance to sign something into law.

The Massachusetts legislative session is scheduled to end on July 31. Having pre-written regulations in areas of consensus would expedite the launch in the state of nearly seven million.

MGC executive director Karen Wells presented a series of proposals for selecting topics suited for pre-writing at a commission meeting last week. Not among them is the regulation of sports betting advertising, which is still being debated by the House and Senate.

“I think we all appreciate that each piece of legislation contains specific policies and prescriptions that we, as the potential regulator, could only consider and begin to address after a bill were signed into law. But we have been thinking about this and we do believe that we are able to make certain assumptions that are neutral and not tied to any one policy but relevant, regardless of any particular legislative outcome, to legalize sports wagering in the commonwealth,” MGC chairwoman Cathy Judd-Stein said during the Wednesday meeting.

“So, where we can act on those assumptions and take preliminary administrative actions, we can perhaps put ourselves in a better position, a stronger position, to implement any sports wagering bill that is signed into law, allowing us to be a nimble and effective regulator.”

According to WBZ, commission members agreed to generally follow technical standards laid out by Gaming Labs International, a testing and certification service provider. Much of the rest of the meeting focused on testing beta versions of the eventual Massachusetts sports betting platforms, mobile and online.

The American Gaming Association estimated that Massachusetts could generate an annual handle of $6.9 billion with a mature US online casino/mobile market.

Massachusetts is one of eight states chosen to host World Cup 2026 games that don’t yet have legal sports betting. Legal World Cup betting generated more in handle globally in 2018 than the entire legal U.S. market on everything. Ever.

The main points of contention:

Advertising guidelines: The Senate’s is much more stringent
The number of operator licenses: The House allows for unlimited licenses; the Senate is at nine
Tax rates: The House seeks 12.5% retail, 15% online: the Senate 35% and 20%, respectively
Wagering on college sports: The House bill allows it; the Senate outlaws it