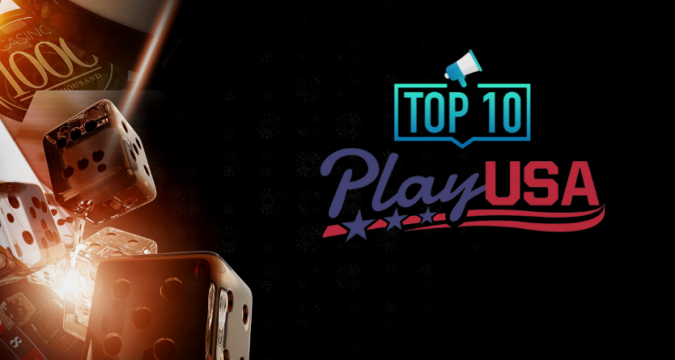 In the United States of America, we love sports, we love betting, and we love rankings.

There are rankings for the best hot dog, best pizza topping, and the best type of hot dog as a pizza topping (gross), so PlayUSA decided to do a current ranking of the key states in the US gambling and US online gambling industry.

It’s like each state was a football team and gambling was the game. Who’s winning? Who’s hot? What state is overachieving, and which ones aren’t?

We’re talking US online casinos and brick and mortar. Different states have different offerings and don’t get me started on just what each state’s governing body shows regarding revenue and profits and what they don’t.

Our PlayUSA Top 10 Money Maker’s rankings (working title) will be a blend of objective matters, like, real dollars and cents, but also subjective.

Ohio isn’t legalizing sports betting until Jan. 1, 2023, but are they going to be a big player when they do? Do they deserve to be on the list? The answer is yes.

But where would they rank?

I think the thing Americans love most these days is arguing. Let’s spark some debate with the PlayUSA Top 10.

Money matters: First, props to Arizona for having one of the cleanest and easiest to understand revenue reports, but for purposes of our rankings, we don’t want to focus so much on revenue, adjusted gross revenue, and tax rates.

Do you know why? Because every state has different metrics and different tax rates. Show PlayUSA the money. Show us the handles, how much money was bet. Period.

The latest numbers for Arizona show wagers for April were $512 million. It was down from March, but every state’s numbers were basically down from March. Arizona has a good infrastructure but doesn’t get the same love as its Nevada neighbor.

Money matters: Indiana is that state that you didn’t know was doing so well but has become a beacon of smart casino management. Whether that holds up long-term with the growth of state No. 8 remains to be seen.

Indiana also does an amazing job breaking down its revenue reports (hey, that’s a plus for the guy doing the rankings). For May, it showed a total handle for sports betting of $308 million, which was down from $360 in April.

We also know that sports betting handle isn’t the perfect indicator of a state’s overall casino industry health, but it is a huge clue, and Indiana is healthy and strong. When you look at the state’s population and the total handle, Indiana is a winner.

Money matters: We ding Illinois for not showing the handle, just the adjusted gross revenue for its 11 casino locations. That number (AGR) has held steady at over $110 million for the last three months.

Illinois makes this list, though, because of its potential mixed with what it currently offers. When the big casino opens on Chicago’s North Side, it will be a game-changer.

Money matters: The sports wagering handle for April was just short of $400 million. Virginia is still tapping its potential as a major gambling market.

With the District of Columbia having all kinds of weird restrictions that aren’t going away any time soon, Virginia is poised to grow. Four cities, starting with Bristol, will have brick-and-mortar casinos in the coming years. But those unregulated ‘gray’ gambling machines have got to go.

Money matters: Ohio took a different track from other states regarding sports betting, setting one universal launch date of Jan. 1, 2023. It’s in the process of soliciting operators and handing out licenses.

All that stuff is boring for people in Ohio. They like their football in Ohio, and it’s a bummer they will miss out on betting on the upcoming season.

Meanwhile, the Ohio Casino Control Commission reported revenue of $81 million for June. That’s the fourth straight month it has dropped since a peak of $93 million in March. We’d still rather see the handle numbers.

Money matters: Here we go. Michigan isn’t afraid to show its big numbers. The three Detroit casinos reported $108.7 million in May revenue, but that’s down from the numbers in March and April.

Let’s note two things about all the revenue numbers: 1. Inflation is a factor, and 2. summer means fewer sports to bet on and different summer vacation plans.

Michigan showed $333 sports betting handle in May. That’s the lowest it’s been all year. The Ohio/Michigan rivalry will be fun to watch.

Money matters: There have been huge numbers coming out of Pennsylvania. For May, the total handle was $493 million for sports wagering, but that’s way off of the $714 million for March.

Casino revenue has also tapered off. LIVE Casino Philadelphia’s gross wagers were down for the second straight month, so Pennsylvania gets penalized a bit here, but its overall numbers are still huge.

Money matters: Bettors put down $766.4 million on sports in May. In May. When there is nothing really to bet on. Just wait until football season. The revenue numbers for New Jersey’s land-based casinos were relatively flat at $233 million.

But the best news in New Jersey in the last week was the fact that the operators negotiated a deal with workers in Atlantic City and avoided a strike. No one was buying the argument that the casinos were sharing too much revenue with their partners. Some of that money had to go back to the workforce.

Money matters: The state with the biggest population on this list has to rank high. It has systemic advantages. Think of it like Ohio State in college football. It’s big and getting better all the time.

New York does its industry reports by the week, which makes it a bit of an outlier. It reported a $1.3 billion handle in May for online sportsbooks, and for the week ending on June 26, it had $218 million. You can’t ignore the numbers.

Now, what’s going to happen with a land-based casino in New York City? Is it a dream? A reality?

Nevada mobile sportsbook operators: Over a dozen, many linked to casinos.

Money matters: If New York is the Ohio State, then Nevada is Alabama, always the favorite, even though it can be beaten from time to time. Nevada reported its best May ever with a $1.3 billion gaming win for the casinos.

Nevada/Las Vegas is still the leader of American gambling and are No. 1, but there are lots of challenges and even more competition coming.