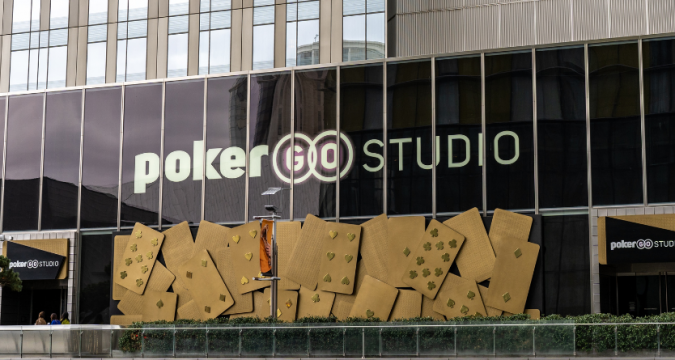 Six players who take part in the final table at the first-ever BetMGM Poker Championship later this month will get their 15 minutes of fame and then some. PokerGo has signed on to not only sponsor the final table competition but offer a live stream of that action.

The collaboration between BetMGM Poker and PokerGo also adds a new online event. Altogether, this partnership makes the final days of June 2022 an exciting stretch for poker lovers.

According to a Friday, June 10 press release, PokerGo will host the final table of the BetMGM Poker Championship in its studio at ARIA Resort & Casino in Las Vegas.

Those not occupying a seat at the table can watch the action live on PokerGo’s streaming platform. This is the first year for the championship series.

The final table will take place on June 26. The event begins on June 23 at the ARIA. It’s a $3,500 buy-in no-limit hold ’em tournament. BetMGM set the guarantee at $1 million.

Additionally, there is an auxiliary $600 buy-in mystery bounty game, the first-ever knockout event at the ARIA. That event will take place on June 25.

The Championship is the headline event of the grander ARIA Classic, which is currently ongoing through July 17.

Online poker players from Michigan, New Jersey, and Pennsylvania can try to qualify online through daily qualifiers and weekly satellites on BetMGM Poker. At least 15 players from each state will win a prize package that includes a buy-in to the hold ’em tourney.

PokerGo’s sponsorship also includes something else just for online players. It offers even more incentive to try to win one of the online prize packages.

For those who qualify online for the Championship, the perks just got better. PokerGo is also sponsoring a $25,000 guarantee freeroll no-limit hold ’em game just for those who nab one of the prize packages.

That event will also take place at the PokerGo Studio at the ARIA. The date is June 22. Thus, some of the online qualifiers will head into the Championship with some winnings already under their belts.

With PokerGo’s additions, the inaugural BetMGM Poker Championship won’t feel like an event in its infancy. The availability of the action and prizes rival the most mature poker events on The Strip.