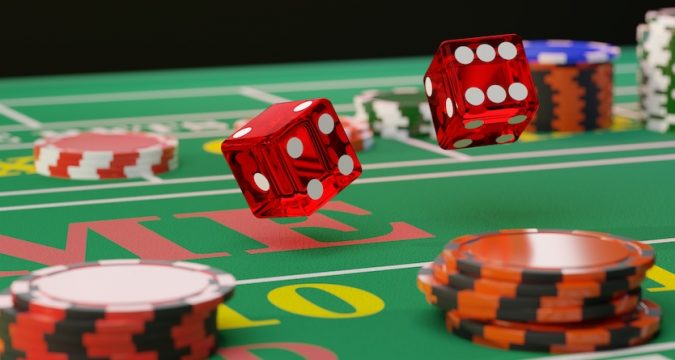 Pennsylvania online casinos have already become the talk of the town but there’s now even more reason players in other states might be envious. On Friday, Evolution added craps to the array of Pennsylvania live dealer games available on its partners’ apps and websites.

As most apps like Caesars Casino offer access to Evolution’s live studios in Pennsylvania, a virtual seat at Evolution’s craps table could be a hot commodity. Evolution hopes to offer its live craps product to more players soon, though.

Evolution made its announcement for Pennsylvanians on Friday. According to a press release, the tables are now open for all of Evolution’s live dealer partners in the state. Those include but are not limited to:

The release states the games will take place “in a speakeasy-style studio” and offers an “Easy Mode” for inexperienced players. That mode delivers a “simple online interactive tutorial” to explain the game and how to play it.

Will Evolution make craps available in other US online casino markets?

Friday’s press release makes that an affirmative. The statement claims “Evolution is aiming to launch Live Craps across Michigan and New Jersey in the near future.”

There’s no indication of whether Evolution plans to make the same available in Connecticut or West Virginia at this point, though. Additionally, there are no parameters for what kind of a time frame “in the near future” actually means in Michigan and New Jersey.

If Pennsylvanians frequently roll the dice on Evolution’s craps table, that could shorten the wait for Michiganders and New Jerseyans, as Evolution might have more motivation to get the product in those markets up and running as soon as possible. That could already be the case, though. Either way, Pennsylvanians have a new reason to check out their online casino platforms this weekend.