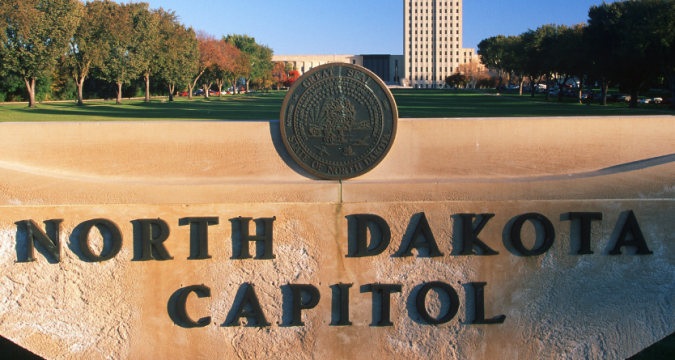 With a recent vote on rules regarding North Dakota pull tabs, gambling regulators in that state have effectively set part of the next agenda for the legislature when it convenes next. That might have been inevitable regardless, though.

For the time being, new regulations narrow the types of businesses that can offer electronic versions of pull-tab machines in North Dakota. The state of the games for the long haul is far from settled, however.

Michelle Griffith of the Grand Forks Herald reports that the North Dakota Gaming Commission issued a new rule last week. The rule seeks to clarify which businesses can offer this type of gaming.

Essentially, the new rule eliminates convenience stores, gas stations, and grocery stores. Five such establishments which already were offering the games will be able to continue doing so, though.

Regulators in the state feared more machines would become available than the Commission had staff to properly police. Additionally, they expressed concern that the enabling statute’s intent was overextended.

The clarifying rule comes at a time when the popularity of electronic machines has exploded across the state.

In the past fiscal year, North Dakotans wagered over $1.3 billion on pull-tab games. That’s more than double what they spent on the machines in the fiscal year 2020. Estimates for the current fiscal year suggest that residents might set another record, pushing $2 billion in bets.

It’s hard for any casino business in North Dakota not to want a piece of that action. Any cost incurred in modifying alcohol sales to qualify for a license could have quickly been recovered with pull tabs revenue.

That popularity isn’t universal within the state’s borders. More pull-tab machines in more places could have made grocery stores and tribal casinos competitors.

Since North Dakota legalized electronic versions of the machines in 2017, tribal casinos within North Dakota’s borders have seen their revenues decline. For example, the first year of e-pull tab operation in the state happened in concert with a 17% decline in tribal gaming revenues.

While correlation is not causation, the increase in the state’s revenue on pull-tab games came to a near-identical percentage for the same time frame. Thus, the correlation is quite strong.

Standing Rock chairman Mike Faith said in 2020 that he and other tribal leaders would like to see the state cap the number of e-pull tab machines in the state. Tighter restrictions around the locations for the games effectively act as such a cap.

There’s no guarantee that such regulations will endure, though. The Commission’s decision isn’t final, and tribal casino operators may have some work to do.

The North Dakota legislature meets in odd-numbered years. Thus, the next term will begin in January. At that time, lobbying efforts on both sides of the issue could be active.

At the very least, legislators will need to determine whether to finalize the new rules disqualifying gas stations and grocery stores from offering electronic pull-tab machines.

The legislature could instead opt to modify those rules with new statutes. It’s too early to get an accurate reading of which way a majority of the legislature’s members might lean on the issue, if at all.

What is for certain is that lobbying on the issue could be significant. In addition to tribal casinos, machine vendors and those who advocate for responsible gambling could be active.

Whether they can reach a compromise to satisfy everyone is debatable.

The North Dakota legislature had an opportunity to be more proactive on the issue. In 2018, the Commission approved a similar rule clarifying the definition of a “bar.”

A legislative committee repealed that rule then. Thus, regulators are trodding the same path now with the toothpaste already out of the tube in five locations.

The legislature did vote to direct more pull-tabs revenue to responsible gambling resources in 2021, however. Should the legislature vote to maintain a more liberal application of the law, even more, such funding could be a way to counteract that.

That could fall short of a compromise that would satisfy tribal casinos, though. The action of the legislature on this issue could thus be an accurate measurement of the sway they hold in Bismarck.