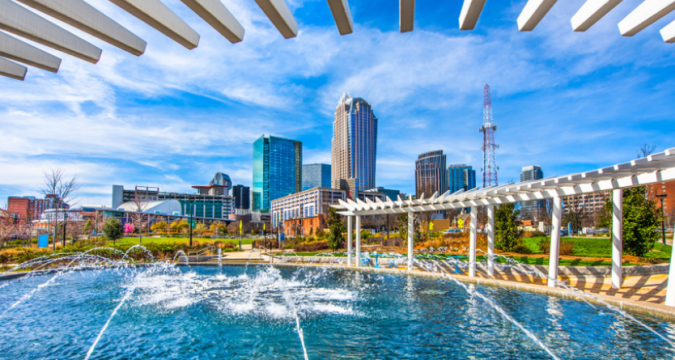 Suppose the Duke Blue Devils or North Carolina Tar Heels qualify for either the men’s or women’s versions of March Madness in 2023. In that case, North Carolinians’ only options for legally wagering on their fates in those tournaments will still be to either visit a tribal casino or leave the state.

The state’s House of Representatives narrowly defeated a crucial bill Wednesday night. Barring an unlikely scenario, proponents of a gambling expansion in the state will have to try again next year.

The wait continues for North Carolina sports fans who wish to place bets on their phones. Wednesday’s action saw the dearth of a bill that had already cleared the state Senate in the House of Representatives.

SB 688, which would have authorized the North Carolina Lottery to offer and oversee the new gambling, failed by a 52-49 vote. People in the state would have been able to bet on licensed apps on their phones and computers.

Additionally, specific sports stadiums in the state would have been able to offer in-person wagering.

Because SB 688 failed, the House chose not to hold a final vote on SB 38, which could have had a similar effect. The fact that the vote didn’t occur creates a glimmer of hope for the current session.

If SB 38 returns to a committee before the end of the month, the bill could, in theory, return to the full House floor thereafter. Given that the bill passed narrowly upon second reading (51-50 in favor) taking it back up in committee seems unlikely at this point.

Most likely, proponents will have to try again in the next legislative session. That begins in January. When they take up the issue again, the resistance they’ll have to conquer in order to be successful is clear.

According to Gary D. Robertson of the Associated Press, the biggest issue that holds up legalization is a fear that problem gambling will become rampant in the state.

“If you vote for this, you’re gambling that these two bills will control gambling in North Carolina,” said North Carolina Rep. Jay Adams as the debate on the bills moved forward.

“This is just another opportunity to create unfortunate opportunities for people who can’t resist.”

Despite those concerns, the supporters of the change seem determined to press on. North Carolina Rep. Jason Saine told Robertson that legalizing online sports betting in North Carolina,

“Is going to remain an issue for the state of North Carolina because … states around us are doing it.”

Both Tennessee and Virginia offer legal online wagering. For now, the only legal option within North Carolina’s borders is retail sportsbooks inside tribal casinos.

SB 688 earmarked $2 million in annual tax revenue to support problem gambling treatment. In the end, though, that wasn’t sufficient to belay fears.

Another issue has been whether to exclude betting on college sports.

An amendment to cut college sports out of the legal online wagering system was part of SB 38. Whether that would survive another committee review or be part of a new bill in the next session is uncertain.

If SB 38 had become law in its latest form, North Carolina would have been the first and only state to ban betting on college sports wholesale. Other states, like neighboring Virginia and Tennessee, simply restrict it in some forms.

Examples include bans on prop bets, individual players’ performances, and wagers on college teams within the states.

All that and more will likely become a topic of discussion in 2023. That is now likely the earliest possible opportunity for legal online wagering in North Carolina.