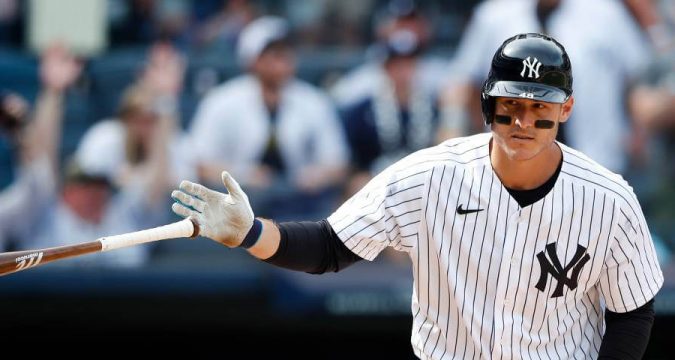 Bally’s Corporation has inked a marketing partnership with the New York Yankees to become the official US online gambling partner of the MLB team. The deal spans all of Bally’s core sectors, including sports betting, online casino and daily fantasy sports.

In addition, Bally’s Casino Atlantic City also becomes a partner of the Yankees (69-34), who experts believe are World Series favorites.

Other terms of the deal include LED advertising at Yankee Stadium, in-game features on the stadium video board and other marketing benefits.

Adi Dhandhania, COO of Bally’s Interactive North America, had this to say:

“This is a great partnership that will give Bally Bet and our other Bally’s Interactive brands terrific visibility in New York. The Yankees’ history as a franchise and their popularity as a global brand speaks for itself.”

Yankees SVP of partnerships Michael J. Tusiani also said, “We are excited to begin this partnership with Bally’s. We hope that their branding in Yankee Stadium along with their in-stadium customer engagement will greatly strengthen Bally’s overall gaming presence in New York.”

Push for more US online gambling avenues in New York

Although online casinos are not yet legal in New York, sports betting has proven itself as an economic generator. Through the first six months, sports betting has generated more than $300 million in tax revenue for the state. Bally Bet, which launched in July, was the ninth and final NY online sportsbook to launch in the Empire State.

The NY sports betting landscape include:

On July 25, Canadian regulators gave Bally’s the green light to launch online casinos in Ontario. However, regulators said the app would not feature sports betting.

The company is also focused on building a Chicago casino after winning the bidding war over Hard Rock International and Rush Street Gaming. Bally’s is currently in the process of receiving its gaming license from the Illinois Gaming Board. Once that step is complete, the company can begin work on a temporary casino while its $2 billion mega-casino is being built.