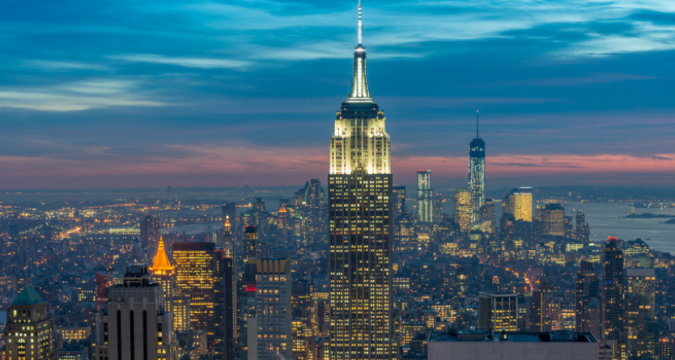 If the first week of extended negotiations over the New York budget were overtime, then those talks are now headed to what you could call double-overtime. However, the second extra period could be quite short.

For those interested in gambling in New York, it seems a proposal to accelerate the timeline for new downstate brick-and-mortar commercial casinos is all but official. The exclusion of other potential gaming measures bears the same level of near-certainty as well.

By law, the state is supposed to have a budget in place for the proceeding fiscal years by April 1. That didn’t happen this year. As of Friday afternoon, the state’s legislature had not voted on a final proposal. Gov. Kathy Hochul can’t sign off until that happens.

However, it seems a vote could be a formality at this point. Mike Mazzeo of sister site PlayNY reports that New York Assemblyman Gary Pretlow told him, “we’re at the doorstep.”

Additionally, Dan Clark of New York Now has Hochul saying a “conceptual agreement” is in place. In those comments, Hochul said she wants to see three additional licenses.

So, what does that have to do with gambling? Plenty if you’re talking about commercial physical casinos in New York.

As Clark reports, the three original proposals from New York’s two legislative chambers and Hochul are down to two bills. One of them covers the Education, Labor, and Family Assistance part of the state’s budget.

That has provisions related to three licenses for downstate commercial casinos tucked into it. In 2013, the state enacted a new amendment to its constitution. That provided for up to seven commercial casino licenses, with three earmarked for the downstate portion.

This budget bill would cut down on that wait. The New York State Gaming Commission could issue a request for license applications as soon as it’s ready. The proposal also sets a floor for the bidding process and other structural parameters.

In New York, deciding which bidders get gaming licenses isn’t simply a matter of who commits the most money. To be certain, that definitely helps. In fact, the bill sets the floor for such bids at $500 million in this case.

Also important are other matters like how quickly a candidate could actually start using that license. For that reason, two current facilities in New York seem to have an inside track to one of these licenses each.

The remaining license would perhaps go to a company from outside of the state right now. There is some interest from parties who have a different presence in New York, too.

So far, Bally’s, Hard Rock, the Las Vegas Sands Co., and Wynn Resorts have expressed interest or are rumored to be interested in a license. Bally’s is already a contractor with the state for online sports betting. Hard Rock also has a New York City hotel.

Potential sites indicated in connection to those surveys include plots near Belmont Park in Long Island and Citi Field in Queens. New York Mets owner Steven Cohen is reportedly stumping for the Las Vegas Sands Co. proposal near the Mets’ stadium.

It’s uncertain how many other contenders might join the fray once the Commission puts out a request. What seems concrete at this point, however, is that the final budget won’t feature any more gambling measures.

Earlier in the process, several other gambling proposals were part of individual chambers’ budgets. That included:

Those resolutions did not make it into this conceptual agreement, however. Addabbo says he will push for online casino expansion next year. He also stated that he would try to push on the other issues later in this session.

At any time now, a final version of the budget could head toward Hochul’s desk, where she seems likely to sign it. With her pen stroke, new casinos in the southern part of the state could arrive a year sooner.