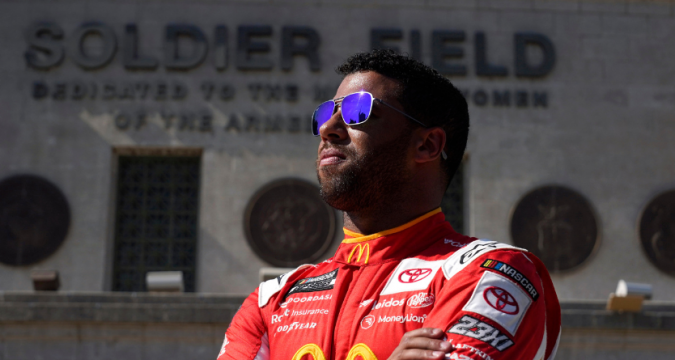 The streets of downtown Chicago may have been used as an impromptu race track by drivers before, but that concept is about to get an unprecedented and above-board upgrade. As Chicago makes preparations to join the number of cities with US casinos, it’s also going to be among NASCAR host sites as well.

NASCAR and the city announced a three-year deal to add a street race in Chicago to NASCAR’s calendar on Tuesday. The event will bring new festivities to Chicago for Independence Day Weekend as well.

According to Forbes‘ Maury Brown, the race will be part of the NASCAR Cup Series over the next three seasons at minimum. The date of the race in 2023 will be July 2. Dates for 2024 and 2025 are still pending.

Brown calls the event the “first-ever street-course Cup race” for NASCAR. The track will cover 2.2 miles of Chicago’s downtown streets, some of the most well-known in the city. Although the full course map is not yet public, the track will include:

Monuments in the immediate area include Buckingham Fountain, Grant Park, and Soldier Field. Brown does note, however, that the layout of the track could change before race day. NASCAR has done test runs on it already, though.

As a result of this move, NASCAR will drop the Road America race in nearby Wisconsin. The Chicago race will be just part of an entire weekend of related festivities.

Brown also reports that NASCAR will include “entertainment options” like live music. While bookings are being sought, there is no official news yet about which acts might play on NASCAR’s stage next July 4 weekend in Chicago.

For locals concerned about obstructions after the race, Brown states NASCAR officials say “no trees or key landmarks would be disturbed” and that NASCAR will make efforts to restore the area to its prior condition. Local leaders seem on board with the event.

“Chicago’s streets are as iconic as our skyline, and our reputation as a world-class sports city is indisputable,” said Chicago Mayor Lori E. Lightfoot.

“I am thrilled to welcome our partners at NASCAR to Chicago for an event that will attract thousands of people to our city. Chicago’s world-class entertainment and hospitality industries, coupled with our city’s history as a conduit for sports talent, make us the perfect hosts for this unique event.”

Moving forward, the streets of downtown Chicago will see an actual sanctioned race. For NASCAR fans, Chicago could become an annual destination.