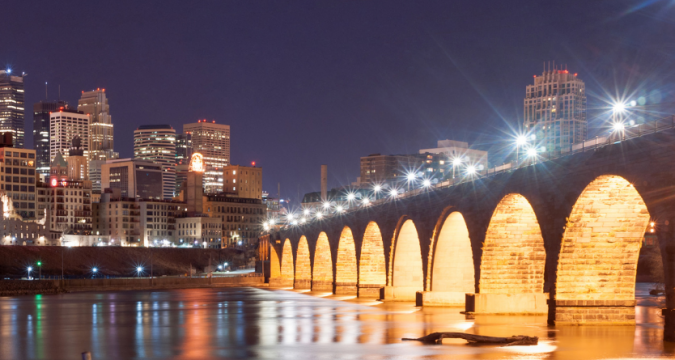 The Minnesota Senate made the pathway to sports betting passage clear. Minnesota tribes aren’t on board — and it appears the sides are on their way to a stalemate Monday.

Chamberlain made substantial changes to the bill passed by the House. He added the state’s two horse racetracks to join tribes in offering retail and online sports betting.

As usual in sports betting’s contested movement through the Minnesota legislature, Senate Finance barely advanced the bill by a vote of 5-4-1. This sets the stage for the bill to come up on the Senate floor.

The Senate has shown an unwillingness to leave out the racetracks. Senate Majority Leader Jeremey Miller said he’s confident the Senate would pass a sports betting bill, including the racetracks. But it would be challenging to pass a bill if the tribes won’t agree to allow participation in the tracks.

It doesn’t appear the tribes are willing to budge. Minnesota Indian Gaming Association executive director Andy Platto sent a letter to Senate Finance saying that 9 of 10 tribal members support the bill as passed by the House.

But all 10 oppose Chamberlain’s amendment to including racetracks.

“HF 778 is based on a recognition that tribal gaming has an unbelished reputation and expertise in conducting gambling and thus entrusts tribes to exclusively operate as sports betting license holders. But to be clear, MIGA has consistently opposed the expansion of non-tribal commercial gaming and will continue to do so. This opposition seeks to protect the gaming industry that today serves as the essential tax base tribal governments and communities rely on.”

Chamberlain’s substitute uses much of the language from the House bill.

In addition to including racetracks, the amendment changes the disbursement of Minnesota sports betting revenue.

The tax rate of 10% remains the same. However, after paying for regulatory costs, the House gave 50% of tax revenue to the Minnesota Amateur Sports Commission and 50% to a compulsive gambling treatment program.

Chamberlain changed this distribution of sports betting tax revenue to provide one-third to:

Stephenson lauded that the House bill provided more money to treat problem gambling than any state in the country. The Senate version puts no money toward problem gambling, which Sen. Bobby Joe Champion called out.

Chamberlain pledged to change that on the Senate floor if the bill moved forward. He hinted at making each disbursement area into one-quarter of tax revenue, adding in problem gambling.

Could Minnesota tribes be setting up limited market?

The House bill sets up two master licenses, one for tribes north of the I-95 and one for tribes south. Tribes then control how many online operators they will choose as partners.

Chamberlain sees a problem with this setup. It could lead to each of 11 Minnesota tribes having its own sports betting app. But in giving the tribes control, Chamberlain also sees the possibility they pick just two or even one operators for all tribes to share.

He doesn’t think that could produce a good product for Minnesota consumers. And he sees the solution as allowing Running Aces Casino and Canterbury Park to participate.

“To have a good product that makes it viable and successful for the consumers and protects all parties, it has to go beyond just the tribes because there’s no guarantee that there will be competition and a good product, certainly if we only have one bookmaker in the state that signs a contract with both master license. Then you only have one bookmaker, one number, one price. And that’s not going to be a product that we can work with.”