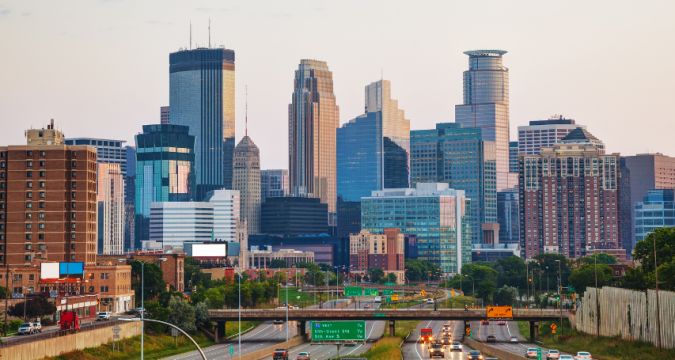 One lawmaker isn’t ready to give up on passing Minnesota sports betting legislation this year.

Perhaps that’s because it’s her last chance to pass legislation she’s worked on for years. Sen. Karen Bigham will leave the Minnesota legislature on Jan. 3, 2023, after a combined eight years in the House and Senate.

But Bigham holds out hope Minnesota can still finish sports betting if the legislature convenes a special session this summer.

“We got so flipping close, that I don’t want to just walk away from it if there’s an opportunity in a special,” Bigham told PlayUSA.

The House passed a bill with support from nine of 10 members of the Minnesota Indian Gaming Association.

But that bill gave exclusivity on in-person and mobile sports wagering to the tribes and their casinos. That was a no-go in the Senate.

In the final week of the session, Minnesota lawmakers asked tribes to come to an arrangement with Minnesota’s racetracks over their participation.

Bigham said the stakeholders did reach an agreement at the last minute, but legislative leadership wasn’t ready to sign off. That’s why she thinks it’s close enough to the finish line to pass during a special session.

“There was an agreement, it’s just that there wasn’t time to take that agreement and move it forward,” Bigham said.

“And then there were concerns, specifically from both leaders. If we had more time, I think we could have resolved those concerns, which is why I believe we shouldn’t just walk away. If there’s an opportunity in a special session, we should absolutely take it.”

There’s no guarantee there will even be a special session. The governor must call the legislature back for a special session. If that happens, Bigham suspects it would occur after the Aug. 9 primary election and before Sept. 5 Labor Day.

Also, as an outgoing member of the legislature and a member of the minority party, Bigham can’t push for sports betting on her own.

“One of my strongest partners in this is Jeremy Miller, who is the majority leader,” Bigham said.

“So I would lead on him. Obviously, there are larger priorities for not only myself but other members. But this is a big deal and we’re so close. There’s no reason not to bring it up and have it considered as part of an agreement in a special session if there is one.”

The communications director for Miller told PlayUSA that it’s highly doubtful sports betting would be part of a special session. They usually are reserved for emergency or urgent issues.

If the governor calls for a special session and legislative leadership decides to include it, Bigham is sure Minnesota sports betting would pass.

“I think we have the votes,” Bigham said.

“We just need to have the time and leadership’s confirmation to put it up for a vote, get it to a conference committee and get it done.”