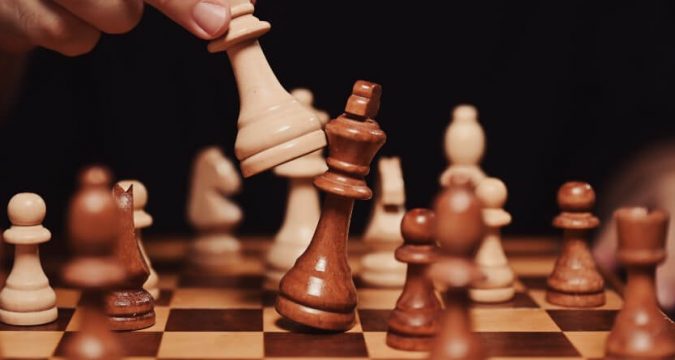 There’s a saying that a second-place finisher is the first loser. However, Michigan online casinos would probably settle for being the “first loser” in terms of the amount of significant revenue they are capturing among US states. But for rival gambling state New Jersey that could be a familiar but unwelcome sight.

New Jersey has already seen Pennsylvania supplant it as the top-grossing market for US online casinos this year. Now, some metrics suggest Michigan might be hot on its tail.

Michigan online casinos not on New Jersey’s level – yet

Some of the numbers suggesting Michigan is a contender that New Jersey needs to worry about come from the first half of 2022. Recently, both states’ gambling regulators dropped reports on gross gaming revenue from online casinos.

New Jersey outperformed Michigan in that sample. The first-half 2022 numbers were:

So that gap of nearly $133 million means New Jersey has nothing to worry about, right? Well, yes and no. It definitely means New Jersey online casinos are healthy. If the state is simply concerned with maximizing its revenue capture, then there’s no reason for concern in that figure.

If it does have an interest in being the second-most lucrative market for US online casinos behind Pennsylvania, then there is some cause for alarm. The important context is the rate of growth.

Why the growth of MI online casinos matters

That number of $681.7 million represents stellar growth year-over-year for Michigan online casinos. From their Jan. 22, 2021 launch through June 30 of last year, online casinos in Michigan reported $435.6 million in revenue.

With more operators and a full six months to work, the contingent of operators produced about $246 million more in revenue, or about 36.2% more in 2022. Obviously, because of the shorter time frame that Michigan had to work in, it isn’t a complete apples-to-apples comparison to New Jersey.

Thus, Michigan’s rate of growth looks substantially larger than New Jersey’s. It’s seemingly moving toward catching up at a tremendous rate of speed, too.

As online casinos in Michigan have yet to be up and running for two full years, the industry is not yet mature. New Jersey has a head start of many years, with many more options for players.

That’s a loaded premise for New Jersey, though. While there is still growth happening, it simply isn’t happening at the same rate as it is in Michigan. Additionally, the remaining ceiling is lower in the Garden State.

The US Census Bureau in July 2021 estimated Michigan’s population to be about 10 million people with around 78% of those people being at least 18 years of age. That means a potential player base of almost 8 million individuals.

The Bureau estimated the same 78% base for New Jersey’s adult population, but the total of about 9.2 million represents around a million fewer people to draw from. Again, the ceiling for Michigan appears higher. There are some caveats to note here, though.

These numbers represent a simplistic reading of the situation. There are several assumptions and unknowns in the premise. For example, these numbers do nothing to examine how much of the eligible population in either state is already among at least casual online casino players already.

Furthermore, it’s foolish to assume the rate of growth in Michigan will just reliably hold steady or that New Jersey’s won’t increase in the future. It’s also impossible to know whether Michigan’s online casinos will have as much sustained success as their New Jersey counterparts have had when that market reaches maturity.

All these numbers suggest is that if current trends continue, Michigan could possibly someday surpass New Jersey in terms of online casino revenue just as Pennsylvania did earlier this year. It is going to take some time and clever marketing to become that new “first loser,” though.