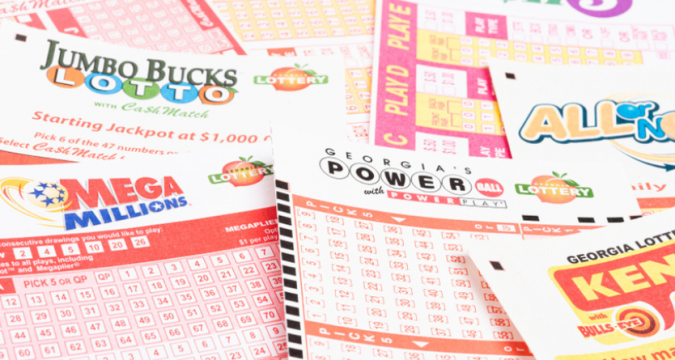 Friday is steadily approaching, and with it comes a chance to win the $660 Mega Millions jackpot. The drawing is set for July 22 at 11 p.m. ET/8 p.m. PT. The jackpot is the third largest in Mega Millions history and will undoubtedly make someone a happy customer.

The $660 million will be the fifth time in the lottery’s 20-year run that the grand prize has exceeded $600 million. The last Mega Millions jackpot, a lucrative $1.05 billion, was claimed in Michigan last year.

Playing lottery games is one of the biggest and most popular ways to partake in US gambling. Clearly, the payout is quite sizeable as well.

The US Lottery has also proven itself a lucrative tax machine for some states hoping the winner comes from their neck of the woods.

The largest jackpot in Mega Millions history is the $1.537 billion won in South Carolina in 2018.

If you happen to be the lucky winner on Friday night, there is a chance you could owe over $150 million in taxes.

Why? Simply put, gambling winnings over $5,000 are taxable in the US, both federally and by state. Of course, should you hit it big this week, there are two options you can choose from.

There is the “cash option” and the “annuity option.“

Opting for the cash option leaves the winner with $376.9 million, which is equal to the cash in the Mega Millions prize pool.

In 2012, former lottery spokesperson for the California State Lottery, Elias Dominguez, said, most winners prefer all their winnings up front.

“They’re not sure what’s going to happen in 29 years. Plus, people think they can take that lump sum and invest it and make more money on their own.”

Should a winner opt for the annuity option, then they would receive an immediate payment followed by 29 annual payments that increase by 5%.

Selecting the annual option gives the winner money, hopefully for the remainder of their lifetime. However, they are subject to tax hikes each year.

Is the cash option for Mega Millions the right way to go?

The winner can only determine the right option. However, should they select the $376 million upfront payment, an instant 24% federal tax on the winnings would happen, which equates to around $86.3 million.

But that’s not the end.

Being the lucrative winner of the Mega Millions will catapult winners into the highest income-tax bracket. Those whose annual earnings are over $539,900 are subject to a 37% tax. All the math aside, you can expect the IRS to take another $47 million from that initial $376 million jackpot.

In the end, after the $133 million in federal taxes, the winner should be left with around $227 million, which, depending on your lifestyle, should be more than enough.

There are a few states where you hope your lucky numbers appear.

These are considered the prime states to win the lottery in. Why? Because after paying the federal government, your tax obligations are over. Even more so, California and Delaware impose state income tax but not on lottery winnings. The seven other states on the list don’t have an income tax.

You can also rule out Alabama, Alaska, Hawaii, Nevada, and Utah. In these states, you can’t play Mega Millions.

A few states impose a flat income tax of around 5%. Those are Colorado, Illinois, Indiana, Kentucky, Massachusetts, Michigan, North Carolina, and Pennsylvania. If you win the lottery in one of these states, expect another $18 million in taxes.

In states where playing the lottery is legal, courier services like Jackpocket make it easy to buy tickets via mobile app (for a fee) but won’t take any cut of winnings.

Good luck to everyone participating in Mega Millions

Finally, hitting the Mega Millions jackpot on Friday would be a life-changing experience. Also, be sure to check out the PlayUSA guide on what to do if you win the lottery.

But remember, the odds of doing so are not in your favor. The chances of hitting the jackpot — all six numbers — is one in 302 million.