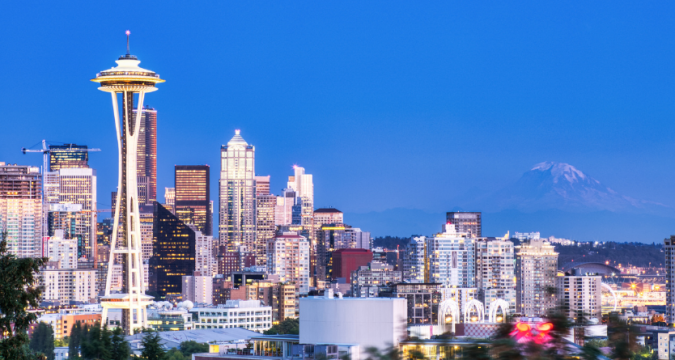 The defendants in a Maverick Gaming lawsuit got a preliminary win. In the end, though, it could prove to be naught more than a delay and a side trip as the lawsuit could very well end up right back in the same place it is now leaving.

What is the Maverick Gaming lawsuit all about?

Maverick Gaming operates 19 card rooms in Washington state. It would like to offer more, though. Namely, it wants to be able to take bets on sporting events at its locations. It cannot legally do that right now, however.

Currently, in Washington, the only legal sports betting taking place is at tribal casinos. State law limits the activity to in-person wagering at those facilities. Maverick’s lawsuit argues that the restriction is a violation of federal law, namely the Indian Gaming Regulatory Act (IGRA).

The IGRA states that tribal groups can offer gambling on certain conditions. One of those is that a state government agrees to a contract governing that gaming, commonly known as a compact.

Another requirement is that such states permit the same types of gambling “for any purpose by any person, organization, or entity.” That’s where Maverick’s argument comes in.

Maverick argues that because Washington denies the ability to take bets on sporting events to other gambling establishments in the state, Washington is currently in violation of the IGRA. In more succinct language, the IGRA “precludes tribal class III monopolies.”

Originally, Maverick filed the lawsuit in DC’s district court in January. It asked the court to declare tribal gaming compacts in Washington void and award Maverick nominal damages. So far, though, the proceedings haven’t gone in Maverick’s favor.

Defendants get win with change of venue

Among the named defendants are the state of Washington and Gov. Jay Inslee. Maverick also named the US Dept. of the Interior as a defendant. Many of them joined in a petition to the DC Court for a change of venue in early March.

They essentially argued the case was in the “wrong Washington.” In more technical terms, they stated the DC Court had no jurisdiction to decide the dispute. They asked the DC Court to transfer the lawsuit to the federal court for the Western District of Washington.

There, the defendants contended, the court not only had connections to the activity and subjects, but they had better access to the court. The DC Court agreed with them earlier this month and ordered the change of venue.

The Western District of Washington could be a more friendly venue for the defendants. The plaintiff likely filed the suit in DC because of its recent ruling in a similar matter.

Last November, the same DC Court ruled on the IGRA in another matter. That ruling also resulted in the voiding of a gaming compact between a state and a tribal gaming operator, akin to what Maverick would like to see here.

Whether the change of venue will be a foreshadowing of larger victories for the defendants in this quarrel is uncertain right now. What seems certain, though, is that this altercation could end up right back in DC.

Maverick determined to exhaust all options

After Washington approved sports betting at tribal casinos in 2020, Maverick Gaming CEO Eric Persson made it clear he would challenge the law in court. While this lawsuit might represent kind of a roundabout way of doing so, it’s still the fulfillment of that threat.

Persson has also hinted at appealing unfavorable rulings all the way up to the US Supreme Court if necessary. Persson stated he had the money, time, and the will for that fight. The change of venue notwithstanding, there is some legal precedent on his side.

Part of that precedent comes from the Supreme Court. In its 2018 ruling that nullified the Professional and Amateur Sports Protection Act (PASPA), it stated that Congress has no authority to require states to enforce its gambling restrictions.

Maverick is making a similar argument with the IGRA that Congress is illegally “commandeering” Washington in its requirement for states to negotiate compacts with tribal gaming operators. Should Persson’s prediction about this controversy landing before the Supreme Court prove correct, it could affect much more than just Washington sports betting.

What a Supreme Court ruling for Maverick could mean

A broad ruling in Maverick’s favor by the US Supreme Court could change the game entirely when it comes to gambling regulation. It could effectively nullify entire swaths of the IGRA and render others impotent.

For example, states would no longer have a federal obligation to negotiate gaming compacts with tribal groups that exist within their borders. State governments could still choose to do so, to be thorough.

As a result, the IGRA’s guarantee that tribal gaming within states must have the same privileges as commercial gaming enterprises could vanish as well. Furthermore, tribal gaming monopolies in other states like Arizona and Oklahoma would be under threat.

That would happen in the case of a broadest of rulings for the plaintiff, though. The Court could opt to rule in many other ways that would not be as earth-shattering for the status quo.

That’s assuming the Court opts to hear the case at all. Given the stakes for tribal gaming interests across the country, appeals of lower court rulings in Maverick’s favor might also be presumptive appeals.

For those reasons, the change of venue in this Maverick Gaming lawsuit might indeed be a mere detour. Inslee and other defendants could very well end up back in the other Washington anyway.