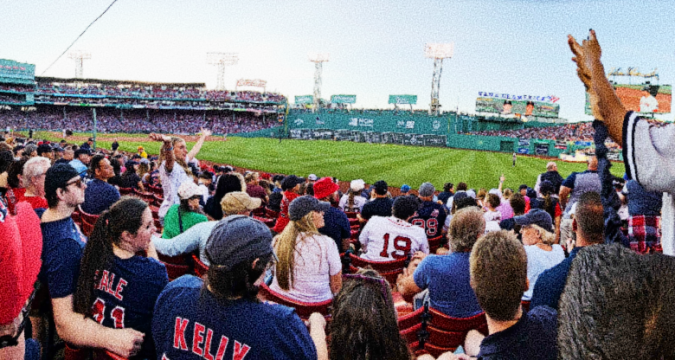 BOSTON – The Massachusetts State House was a very walkable mile or so across Copley Square and down Boylston Street when the National Council of Legislators from the Gaming States convened a week ago.

Opening speaker Jerry Parisella, a Massachusetts state representative and chairman of the Committee on Economic Development and Emerging Technologies, was perfectly cued up to bask in the state of almost 7 million, after four years of wrangling, finally legalizing sports betting like most of its neighboring states.

But, no. Just like Gov. Charlie Baker told attendees at previous gambling conferences in Boston, they’re close, but not there.

While the Massachusetts House and Senate have each passed their own versions of a sports betting bill, they diverge broadly on core topics such as taxation and whether Massachusetts sports bettors will be able to bet on in-state teams.

So while Parisella couldn’t do a Bobby Orr leap, he struck a hopeful tone as NCLGS delegates sipped coffee. But for now, two Massachusetts casinos and a lottery comprise the state’s gambling options, despite his optimism.

“Massachusetts is losing valuable tax revenue to our New England neighbors,” he said.

“So we’re really missing out. But the good news is we passed it in July of last year. The Mass Senate passed it in May of this year. So now we have a conference committee.”

“We’re really working hard to try to make sure that we can make this happen,” Parisella said.

“You talk to folks from Spectrum [Gaming] and others, and they say that Massachusetts will be a great sports betting market.”

“The big differences are in the House version, we allow for all college betting and our tax rate is 12.5% for retail and 15% for mobile. And for the Senate, they don’t allow any sports betting on college sports and they have a 35% tax rate. So those are probably the two big things that we’re trying to hammer out.”

“We have until July 31st to get it done, because our session ends, then anything after July 31st is an informal session. So one member of the legislature can object, uh, to anything passing after that. So we’ve got to get it done by then. I’m really hopeful. We’re meeting all the time. We’re trading back proposals.”

The Massachusetts Gaming Commission has already begun sketching out rules in areas where there is consensus, which include limits on sports betting advertising.

Interestingly, DraftKings co-founder and CEO Jason Robins never mentioned the possible passage of sports betting in Massachusetts during his NCLGS keynote speech, instead focusing on the need for states to legalize iGaming.

“We don’t have that sort of partisanship that unfortunately we’re seeing in Washington,” he said.

Parisella highlighted the reported $233 million in taxes that Massachusetts casinos have contributed to the state since a controversial gaming expansion in 2011.

MGM Springfield and Encore Boston Harbor are currently the state’s only full-fledged casinos, although there are only 29 active poker tables in the state. State regulations allow for 95, but the number has not returned since COVID-19 restrictions.

“And also it’s created a tremendous amount of jobs. Within the first year of operation, MGM Springfield generated over 2,500 jobs. Encore Boston Harbor was over a $2 billion project. And currently, commonwealth casino increased almost 3000 employees, in the recent hiring, 64% minority and 42% women.”