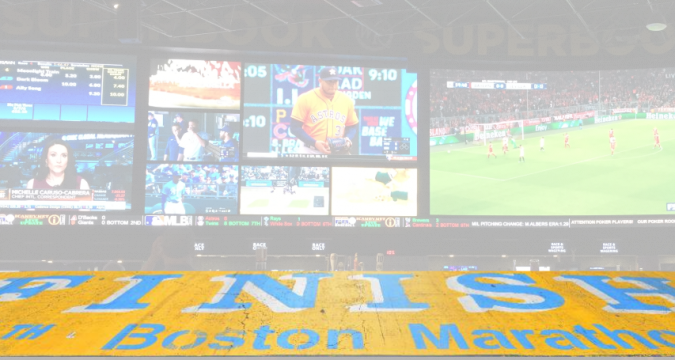 Massachusetts has a governor (Charlie Baker) with a perpetual pen in hand to sign a sports betting bill, a legislature that keeps filing them, a citizenry that wants one, and, for good measure, one of the United States’ biggest operators (DraftKings) headquartered in the state capitol.

But the state of nearly 7 million residents continues to slog toward the possible (eventual?) legalization of Massachusetts sports betting. The legislation up for debate on Thursday will likely prove yet again this is a (Boston) marathon, not a sprint.

What now? Since emerging from the Senate Ways and Means Committee on Friday, the bill expected to be debated, S.2844, is different enough from the version overwhelmingly approved by the House last year that it’s likely going to be contentious. Lawmakers would have three months to reconcile the bills if S.2844 passes the Senate.

The new version of S.2844 does not prohibit betting on college sports. While Boston’s collection of top-four professional sports leagues would be expected to garner most of the legal wagering public’s attention, Massachusetts is chocked with high-profile athletic programs.

Someone somewhere would be pretty irked at not being able to lay a few bucks down on the Bean Pot Tournament, although most outside of New England don’t know what that is.

House Speaker Ronald Mariano told Bloomberg Baystate Business that a bill without college wagering “probably would be” enough to lose his support. Mariano seems to believe residents would be more attracted to college betting than on the Bruins, Celtics, Patriots, and Red Sox.

“I find myself having a tough time trying to justify going through all of this to not include probably the main driver of betting in the commonwealth,” he told MassLive last summer.

House leaders estimated about $60 million in annual revenue with college betting included, but around half that figure with a ban.

No funding for sports wagering accounts with credit cards, although the practice has become commonplace nationally. Sen. Eric Lesser, who, according to MassLive, has,

“The idea that somebody somewhat impulsively could rack up massive credit card bills from their couch who might have an addiction issue or otherwise have a gambling problem — that’s a big concern, and it’s a big concern to our caucus,” he said.

Online and retail wagering would be allowed at gaming licensees Plainridge Park Casino, MGM Springfield, and Encore Boston Harbor, with up to six retail and mobile outlets as approved by the Massachusetts Gaming Commission.
The Senate bill would tax operators at 20% on gross wagering receipts for retail bets and 35% via digital; the House version set the rates at 12.5% and 15%.

There are entrenched opinions on all sides. In 2020, administrators at Boston College, Boston University, the College of Holy Cross, Harvard, Merrimack College, Northeastern, and UMass lobbied lawmakers to ban college betting because,

“Unnecessary and unacceptable risk to student-athletes, their campus peers, and the integrity and culture of colleges and universities in the Commonwealth.”

Currently, betting on in-state colleges is allowed in roughly half of the 32 American jurisdictions where sports betting is legal and active. Several others prohibit prop bets on those teams.