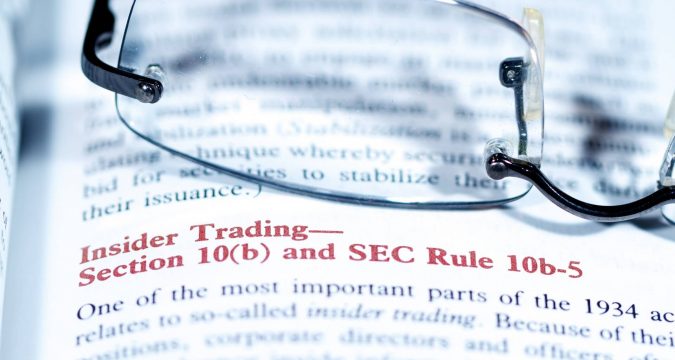 If you’ve been waiting on the LeoVegas online casino to make its North American debut in New Jersey, your wait could last a bit longer or perhaps extend indefinitely. It all depends on the results of a new investigation into allegations of LeoVegas insider trading.

The probe is very preliminary. At the same time, the possible consequences of any uncovering of wrongdoing could have severe consequences for the Swedish iGaming giant. Those consequences could reach across the Atlantic Ocean in two important matters.

On Tuesday morning, Swedish regulators made an unannounced visit to LeoVegas headquarters in the nation’s capital of Stockholm. The Ekobrottsmyndigheten (Swedish Economic Crime Authority or SECA in English) is looking into the company’s handling of a recent takeover bid.

Early in May, MGM Resorts put forth an offer of $607 million USD for 100% of LeoVegas’ shares. LeoVegas is a publicly-traded company on the Swedish stock exchange. With the contemporary currency exchange, that price represented a 44% premium on the total value of the company’s stock at the time.

LeoVegas’ value is not just as one of the leading online casino brands in Europe but also as a technology company. Its proprietary RHINO platform supports dozens of other iGaming brands around the continent.

The SECA’s investigation is looking into whether anyone leaked intelligence about MGM’s bid before the public announcement. A possible motive for such a leak would be to drive up the stock price and thus get a higher offer from MGM.

So far, LeoVegas insists that no one with its company is a suspect. A statement reads:

“On the 7 of June LeoVegas was contacted by the Swedish Economic Crime Authority due to a preliminary investigation concerning suspected insider trading in the company’s shares. LeoVegas is fully assisting the authorities in their investigation. No employee, member in the management team or board member in the Company has been notified about any criminal suspicion. The Company has no further information to provide. All questions concerning the preliminary investigation need to be directed to the Swedish Economic Crime Authority.”

If the SECA clears all personnel of the allegations, then this might be just a minor bump on LeoVegas’ road to expansion. Any legitimacy to the allegations, however, could mean the end of those plans.

Could MGM retract its offer?

For certain, board members and other officers at MGM are watching this closely. If Swedish authorities charge anyone connected to LeoVegas with insider trading, it could kill the deal. MGM is unlikely to want to associate itself with a company legitimately linked to any criminal activity, much less criminal activity perhaps designed to manipulate a deal with MGM itself.

At the very least, it’s unlikely that MGM will make any moves to finalize its offer until this investigation concludes. It’s uncertain how long the investigation will take. So far, the SECA hasn’t revealed any details about the allegations other than the broad premise.

The contingency of MGM’s offer already had the effect of delaying LeoVegas’ New Jersey launch. Now, an end to that delay seems even more elusive.

Late in 2021, LeoVegas announced it had reached an agreement with Caesars to offer its online casino in New Jersey. At the time, it targeted the first half of this year for a launch timeline. If and when it does occur, it will be the first appearance of the brand in North America.

To date, the New Jersey Division of Gaming Enforcement has yet to actually issue LeoVegas the appropriate license, though. This investigation could have ramifications in that process.

If the allegations prove founded, the NJDGE could deny the license. Furthermore, Caesars could at least seek an exit from its market access deal with LeoVegas. While that might be inevitable anyway if the MGM deal goes through, LeoVegas might not easily find a replacement for Caesars in the state.

Of course, these considerations are all just for LeoVegas’ expansion into North America. None of these hypotheticals take into account what possible consequences might lie ahead for its existing European business.

If you’re an online casino player in New Jersey who has been holding back part of your bankroll to splurge on LeoVegas when it arrives, you might want to make other plans. You could be waiting forever.