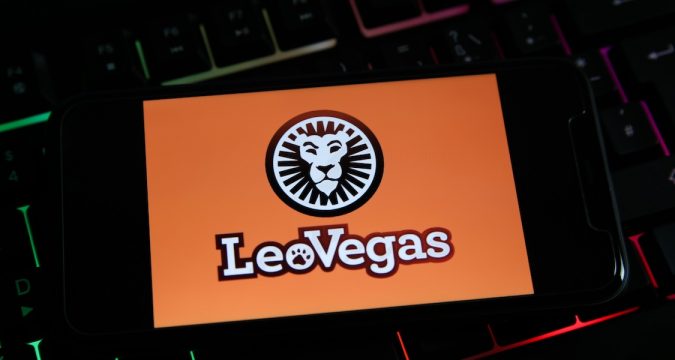 What had been just an offer became a serious offer on Wednesday and BetMGM Casino could be in for some changes. What exactly those changes could be and how that will affect players on that online casino app is still very much a matter of speculation at this point.

MGM is now a big step closer to acquiring European gambling company LeoVegas after that company’s stockholders approved the takeover Wednesday. There are still some hurdles to clear but once finalized, the deal will give MGM new resources for its online gambling products in the United States.

BetMGM Casino and LeoVegas could soon be under the same roof

A Wednesday press release from MGM Resorts International shares the details of the LeoVegas stockholder election. A comfortable margin of 96% of shareholders voted to accept MGM’s offer to acquire all shares of LeoVegas.

MGM extended the offer in May, setting its price at 61 Swedish Krona per share. That adds up to a sum of about $607 million in US dollars.

In the release, MGM Resorts CEO Bill Hornbuckle said the acquisition is part of the company’s “strategy of growing our online gaming footprint worldwide.” LeoVegas is among the leaders in that industry in European markets.

LeoVegas operates its own online casino brands in Scandinavian markets plus the United Kingdom. It also licenses its proprietary RHINO system to other online gambling companies for them to run their online gambling platforms. From June of 2021 through the same month this year, those operations brought in about $391 million in revenue.

Originally, MGM eyed September for settlement of the deal, so the process is mostly on track so far. All Wednesday’s vote means is that LeoVegas shareholders have accepted the takeover offer. There are still regulatory matters to clear up which could take some time.

Just a matter of weeks after MGM extended its offer to LeoVegas, that exact tender became a matter of a regulator inquiry. In June, Swedish authorities raided LeoVegas’ headquarters in Stockholm. They were looking for evidence of possible violations of insider trading laws.

The allegations included leaks of MGM’s potential interest before MGM announced that intention publicly. There are several possible corporate and individual motives for tipping people off to such a transaction. Among them is driving up the price of LeoVegas stock to sway MGM to offer a better price.

At the time, no one employed by LeoVegas was suspected of any wrongdoing. However, the inquiry is still ongoing. It’s unclear if authorities will allow the MGM acquisition to close while that is pending. If that proves the case, it could be months before this transaction actually takes place.

If the transaction does close, it could have some ramifications for MGM’s US online casino products like BetMGM Casino and Borgata Casino. MGM has kept its thoughts along those lines close to the vest so far. Thus, the future is speculative right now.

What could a LeoVegas takeover mean for US online gambling?

One matter that MGM would have to attend to should it complete this deal is what to do with LeoVegas’ contract with Caesars to offer the LeoVegas-branded online casino in New Jersey. That’s essentially been on hold as this potential transaction has been playing out.

It’s a great example of all the myriad directions MGM could take its new resources in. Possibilities range from terminating that contract with Caesars and keeping LeoVegas’s online casino platform a purely European product all the way to taking the product live in New Jersey and spreading it to other markets, too.

Then there’s the RHINO platform that MGM would simultaneously gain ownership of. MGM could start using it to power its existing US online casino platforms. In that circumstance, though, it’s uncertain how much users would even be able to tell a difference.

Another possibility is MGM integrating proprietary LeoVegas games into apps like BetMGM and Borgata in US markets. All of this is pure conjecture right now but Wednesday’s LeoVegas stockholder vote makes it worth speculating over.