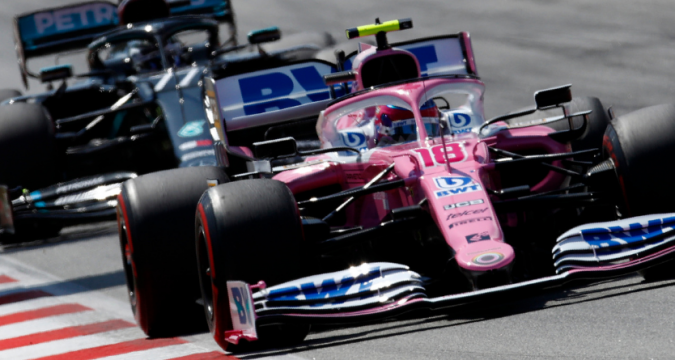 We finally have confirmation that Formula One (F1) will return to Las Vegas. The Las Vegas Grand Prix will take place on a Saturday night in November of 2023. The specific date is still being worked out. The Saturday before or after Thanksgiving has been rumored by numerous outlets. An official announcement will come shortly.

The Las Vegas Grand Prix in 2023 will be the first in a three-race deal. All parties are hoping these will be the first three of many years of F1 racing in Las Vegas. During the media event on Wednesday night, Nevada Governor Steve Sisolak announced the state would spend $6.5 million on the race.

Rumors about a Las Vegas F1 race started last year. The whispers about an F1 race in Las Vegas continued to get louder over the past few weeks. Let’s never forget the crudely drawn map that misspells the name of one of the partner casinos in the race.

Starting next year, the US will be the only country to host three F1 races. Las Vegas will join Austin, TX, and Miami, FL as US cities with an F1 race. The first Miami Grand Prix will take place in May.

During a media event at the Cosmopolitan, Stefano Domenicali, President and CEO of Formula 1, said:

“There is no better place for Formula 1 to race than in the global entertainment capital of the world and we cannot wait to be here next year.”

Who can argue with that?

There will be two DRS zones (drag reduction system) on the course. Drivers use DRS to increase the top speed of their car in order to pass another car.

F1 races are typically in the two-hour range. The Saturday night F1 race will be unique to Las Vegas

Vegas Strip landmarks on the course

The Las Vegas Grand Prix course is designed to highlight some of the most popular landmarks on the Vegas Strip.

The race will pass by many landmark properties from most of the partners:

The night race on the Vegas Strip will have plenty of Las Vegas eye candy for race viewers at home. Don’t worry, water from the Bellagio fountains cannot reach the road where the drivers will be racing.

Huge buzz for Formula One in the US

Popularity in F1 racing in the US has grown in recent years. The sport is seeing record attendance at the track and more eyeballs on the races, as well as increasing viewership on Netflix.

ESPN is reporting that it’s seeing record-setting viewership. So far this season, ESPN has shown two races, and both have been better than in previous years.

Viewership of last week’s Saudi Arabian Grand Prix was larger than the record from the first race of the F1 season. This was good for the largest audience to watch an F1 race since 1995. It was also the largest audience on any ESPN network since it returned to the sport in 2018.

During Wednesday night’s media event, organizers said that Netflix F1 series “Drive To Survive” season 4 is already more popular than any other season.

In-person attendance for F1 is also increasing. The Circuit of The Americas (COTA) in Austin, Texas, has been holding F1 races since 2012. There were 100,000 people in attendance for the first COTA race.

In May, F1 will have its first race in Miami, FL. There’s massive demand to see this race in person.

Attendance for the Las Vegas Grand Prix may be difficult to predict. The race will take place on a makeshift track around the Vegas Strip which will be open to the public.

Clark County expects that Las Vegas will see more than 170,000 visitors during the weekend of the Las Vegas Grand Prix. These visitors will occupy more than 400,000 hotel room nights during their visit.

This estimate means that Las Vegas Grand Prix weekend will be among the busiest of the year. This level of visitation is usually limited to holiday weekends like Memorial Day as well as New Year’s Eve and CES.

There’s plenty of demand for a Las Vegas F1 race. The pent-up excitement for the Las Vegas Grand Prix will come at a price.

If the Las Vegas Grand Prix’s estimated attendance is anywhere near the other US F1 races, hotel rooms will be more expensive than most of the year. Since the race will take place in front of some of the most luxurious casino resorts on the Vegas Strip, prices could be higher than on New Year’s Eve and CES.

How much will this 30th-floor terrace suite at Cosmopolitan fetch next November? There aren’t many rooms so close to the races on the Vegas Strip.

The traditionally sized suite at Cosmopolitan would be a moderately priced room. The neighboring wraparound terrace suites at the intersection of Harmon and Las Vegas Blvd. Hotel room prices could set records during the Las Vegas Grand Prix.

Additionally, shows will sell out, and restaurant reservations will go quickly. The influx of people and road closures for the race will create the kind of chaos, so many people love when visiting Las Vegas.

Formula One returning to Las Vegas

The Las Vegas Grand Prix won’t be the first time F1 will race near the Vegas Strip. In the early 1980s, there were two Caesars Palace Circuit races.

Organizers changed the track layout in 1982, but that wasn’t enough to keep F1 in Las Vegas. The next chapter of Las Vegas F1 racing should be a bit more dramatic.

If nothing else, trading a race in a parking lot for 50 laps on and around the Vegas Strip will look better on TV.