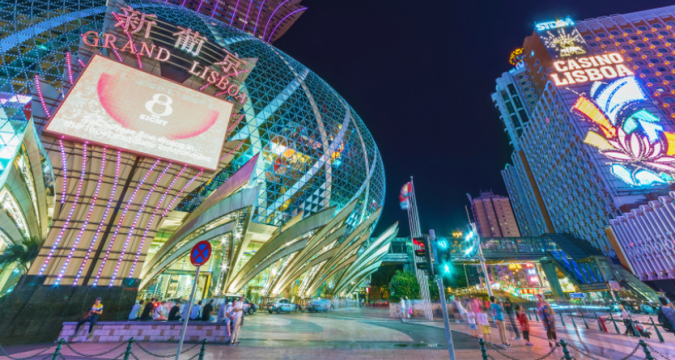 For those who believe the Macau gaming market won’t rebound, Las Vegas Sands ($LVS) CEO Rob Goldstein has one word to share — “unthinkable.”

“I’m a huge believer in China and the resurrection of the market.”

The Macau gaming market remains at the mercy of the pandemic, with the Chinese government having implemented a zero COVID-19 policy. Regardless, Goldstein said operators had been rewarded for their patience.

“I think the government has done a good job, and the government has provided us with a lot of guidance. I won’t publicly talk about what’s happening in the inner circle. But I think all the operators have been rewarded for their patience and persistence, going through this whole thing.”

Is the rebound on the horizon for Las Vegas Sands?

Stifel analyst Steven Wieczynski said a return to “normal” is tethered to easing of COVID-19 measures, which include travel restrictions.

In a note to clients, Wieczynski had this to say:

“There are no clear indicators as to when the Chinese market will fully ease their restrictive COVID measures. At this point, Macau operators are working on re-imaging or reengineering their business models for when the market opens back up.”

Part of Macau’s rebound also includes casino license renewals. In March, it was announced that the six casino resorts would pay roughly $6 million each to have their licenses extended through the rest of 2022.

“I don’t think we should be concerned about the nuance of gaming law. If anything, it’s getting better for the operators. I think it’s very favorable, and we shouldn’t complain. Everyone gets a new license; life goes on,” Goldstein said.

Macau and other domestic opportunities for LVS

In April, during Sands’ Q1 earnings call, Goldstein said although the company remains focused on Macau, it’s still on the hunt for domestic opportunities.

Goldstein’s comments could hint at future expansion into Florida, the New York gambling market, and Texas.

“The sale of Las Vegas was really to reinvest capital in high growth opportunities that we think are unique to our company. We feel very strongly about our development capabilities and our ability to execute large-scale developments in new markets. And we think there’s a lot of them out there, a lot of potential. And so we’re waiting to see which ones come forward.”

“New York has been on our radar for a long time. We continue to be in the hunt there. I don’t want to get into specific boroughs or locations. I think that’s proprietary. But I think it’s a huge market for us. We’ve been very clear about that in the past. The process is quite a long way to go.”