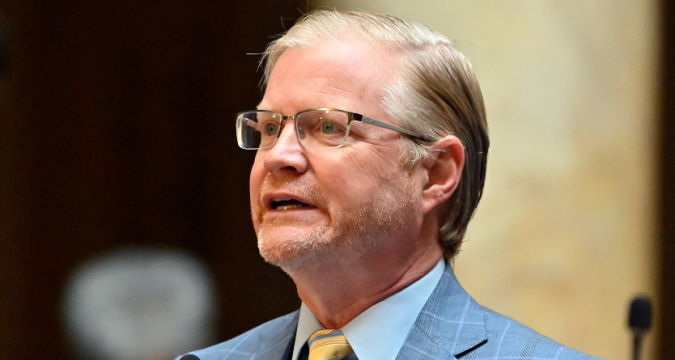 A valiant effort could not get a Kentucky online gambling bill passed Republican opposition.

The bill to legalize online poker and sports betting died in the Senate on Thursday after lawmakers adjourned for the year. But online gambling wasn’t the only thing to fail last week.

A bill to create a problem gambling fund also lacked the necessary votes to pass. House lawmakers also chose not to pass a bill banning gray machines unless the Senate passed sports betting.

Of the four potential gaming bills on the docket, only one was able to get over the finish line.

It was always a long shot to get House Bill 606 past the Republican stonewall. But Senate Majority Leader Damon Thayer said it wasn’t for lack of trying.

Addressing the Senate in the final hour, Thayer said:

“I’m personally disappointed that we were unable to pass sports betting. We just don’t have the votes. I think that will change by next year. I will continue to advocate for us adding this to our betting menu.”

Things might be a bit more complicated in 2023. The state’s legislative session is only 30-days, and bills must pass by a three-fifths vote.

This year, Rep. Adam Koenig said he could only sway 19 of the 38 Senate members.

What Kentucky gambling bill did pass?

House Bill 607 was the lone bill to be passed into law. The bill changes taxes and revenue distribution from pari-mutuels and could direct an additional $15 million annually to the state general fund.

Some of the main points include:

1.5% tax of gross revenue on every pari-mutuel wager
More money is directed to the general fund
Eliminates breakage and admissions tax
Requires operators to maintain a self-exclusion list and share it with Kentucky Horse Racing Commission

Prior to the passage of the bill, Thayer had this to say:

“This is a very significant piece of horse racing reform. As is appropriate, it will lead the country in horse racing policy. I suspect other states will look at things we’re doing here and follow the lead if this is passed into law, and adopt some of these measures in their own states.”

Putting this into perspective for Kentucky

Kentucky’s failure is its neighboring states’ biggest victory. Should Missouri pass legislation this year to expand gambling, all seven states around Kentucky will have some form of sports betting.

Gambling dollars will continue to cross into states where online gambling is legal. Although there is still a chance a bill could pass next year, with such a short window, the most likely outcome is the expansion of gambling in 2024.

Democratic Gov. Andy Beshear has been a supporter of expanding gambling since 2020 and remains its strongest ally.