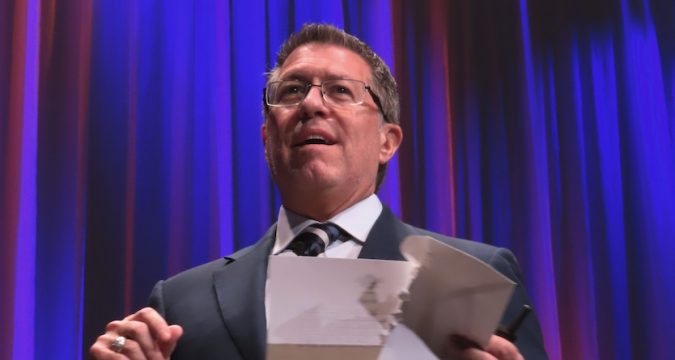 The name Joe Lupo has become synonymous with successful US casinos. The current boss at Hard Rock Atlantic City and head of the Casino Association of New Jersey will take on a similar role for a new Hard Rock property in Las Vegas soon, aiming to produce similarly strong results in another competitive market for casino gaming.

It’s hard to imagine Hard Rock finding anyone more qualified to guide its foray into offering Vegas slots, table games, and more. The move raises questions about how Lupo’s absence might affect the Atlantic City property and the casino industry overall in New Jersey, though.

Joe Lupo has a reputation for working in US casinos

Hard Rock announced the selection of Lupo in a press release on Wednesday. The same day, Wayne Parry of the Associated Press had a story that detailed Lupo’s accomplishments working for the company in Atlantic City.

The AP article stated Lupo will become the president of the current Mirage Hotel & Casino, which was owned by MGM Resorts, after Hard Rock’s purchase of the property closes. Last December, the AP stated the transaction should close sometime in the second half of this year.

Lupo has been the president of the Hard Rock property in Atlantic City since 2018, his second such stint with the company. Prior to that, he served in the same role for the Seminole Hard Rock Hotel & Casino Tampa.

His entire career hasn’t been spent with Hard Rock solely, though. Prior to that, he spent time leading casinos for Boyd Gaming in and around Las Vegas. Thus, when speaking about his new role for Hard Rock, Lupo called said he was excited “to return home to my family.”

How could this move affect Hard Rock’s operations in Atlantic City?

Hard Rock has already tagged its successor for Lupo in Atlantic City, elevating the property’s current general manager Anthony Faranca to the president role. Faranca has not been in that role long, as he stepped into the job in June 2022.

Faranca is no casino operations novice, though. He brought years of experience in the industry across four states, including New Jersey to the table. His previous roles have included the Regional VP of National Casino Marketing for Caesars where he was based in Atlantic City.

Perhaps the bigger void that Lupo will leave will be with the casino association in Atlantic City. So far, that trade association has yet to announce a successor. The association named Lupo its president at a crucial time (November 2021) when casinos were adjusting to the end of pandemic-related restrictions and the state legislature was considering a bill to adjust PILOT (Payments In Lieu Of Taxes) revenue-sharing that has since become law.

That went just about as well for Atlantic City casinos as it could have under Lupo’s leadership. The new law cuts all revenue from online gambling out of the formula for casinos’ PILOT payments to the state.

Another leader might be as effective as Lupo was in Atlantic City. Either way, Hard Rock has its man for the job in Las Vegas.

The Seminole Tribe‘s Hard Rock moving into Las Vegas coincides with the San Manuel Band of Mission Indians re-opening the Palms Casino Resort in April. While the Mohegan Tribe was already involved in the Mohegan Sun Casino at Virgin Hotels Las Vegas, the Palms represented the first Vegas casino that a tribal gaming organization not only operates but also owns.

The Seminole Tribe will not own the current Mirage but handle the operations of the property. Still, the simultaneous involvement of three different tribal gaming authorities in Las Vegas is unprecedented.

If Lupo is able to reproduce his results in Atlantic City, the Hard Rock could be the most successful of the three. The Hard Rock in Atlantic City was one of just two properties on the boardwalk that saw an increase in gross gaming revenue in 2021 compared to 2019. That’s remarkable given the fact that the casino faced capacity restrictions and other COVID-19 pandemic-related limitations.

With Lupo’s return to Las Vegas, the ante has been upped for other Sin City properties to compete for players’ attention. That doesn’t necessarily mean other Atlantic City properties can breathe easier now, though.