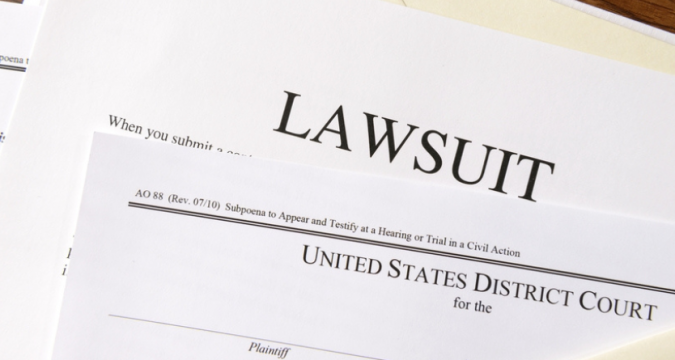 The litigation comes on the heels of Jackpot’s funding announcement proceeding the company’s launch in the United States. If successful, Jackpot will have to go back to the drawing board and possibly delay that launch.

The allegations of the Jackpocket trademark lawsuit

Stay with here because it can get a little confusing. In late June, Jackpot shared the details of a $35 million Series A funding round with the public. However, there has been conflict between Jackpot and Jackpocket that stretches back quite far. All of this has boiled over into a federal lawsuit.

Jackpocket filed its complaint in the federal district court for the Southern District of New York on July 7. Jackpocket alleges that,

“Jackpot sought to jump-start its US business by disguising itself as Jackpocket.”

As a result, Jackpocket asks “the Court to stop Jackpot from using JACKPOT and JACKPOT.COM and to choose a non-infringing name and mark for its business.” The plaintiff seeks the stated injunctive relief plus “all profits arising from Jackpot’s unlawful acts.”

In addition, Jackpocket seeks “punitive damages” plus further damages of at least $75,000 and, as is the norm, attorneys fees. To strengthen its arguments, Jackpocket brings the receipts right in its brief.

Jackpocket’s evidence to support its claims

As an exhibit of the brand confusion Jackpocket alleges, it points to the fact that it has used the term “jackpot” in its branding. An exhibit within the complaint shows how the landing page for Jackpocket’s mobile application shows the word “Jackpot,” which then expands to “Jackpocket” in an animated presentation.

Furthermore, Jackpocket presents several instances in which members of the press have referred to Jackpocket as “Jackpot.” Additionally, the exhibits show how Jackpot uses a similar blue and white color scheme for its brand, albeit a darker share of blue.

“If not enjoined, [Jackpot’s current brand marks] are likely to cause continued and increased confusion [and] … likely to dilute the distinctive quality of Jackpocket’s Marks.”

In a move that undoubtedly seeks to paint a narrative of Jackpot skirting the law habitually, Jackpocket alleged that Jackpot’s parent company, 99Dynamics Limited, has “continued to operate derivative lotteries… which are illegal and frowned upon in the US…”

(A derivative lottery is a wagering system that allows people to place bets on lotteries they do not normally have access to, i.e., a person in the United States wagering on a drawing for a lottery game in Europe).

Jackpocket says it sent Jackpot a demand letter on May 23 explaining its stance. Jackpocket confirmed Wednesday that it did receive a response to that letter from Jackpot in which it “simply denied the allegations.” An out-of-court settlement is still a possibility, although perhaps unlikely in the short term.

As of the morning of July 13, Jackpot had not filed a response with the Court. Also, the Court had yet to schedule any hearings in the case. If the complaint does go to trial and Jackpocket gets a clear victory, it could have a significant effect on Jackpot.

Jackpot would need to re-brand completely and satisfy the Court that its new branding steered clear of Jackpocket’s trademarks. That could set its launch back and lead to far more costs than any damages it would have to pay Jackpocket as restitution.

That cost, in addition to the damages and legal fees, could eat up much of Jackpot’s recent $35 million raise. Barring a settlement, a federal court will now determine Jackpot’s future.