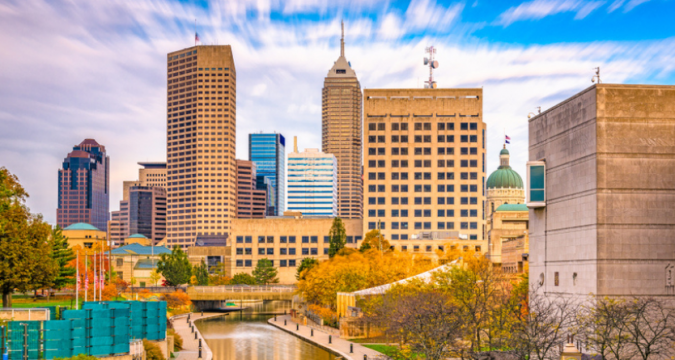 Four Winds South Bend, Indiana’s only tribal casino, is getting a long-awaited expansion.

The Pokagon Band of Potawatomi Indians announced expansion efforts are underway and could be open early next year.

In an update, the Potawatomi tribe said:

“We are pleased with the collective efforts of our Four Winds team members, our project manager, construction contractors, job site employees and vendors as we work towards completing the expansion of Four Winds South Bend. The expanded resort will offer amenities and an entertainment experience that is not currently available in South Bend and Northwest Indiana.”

The casino expansion will include a 317-room hotel with 83 suites, a spa and additional gaming seats. Plans also include a conference center called the Ribbon Town Conference and Event Center. The event center will have 16 meeting rooms, a 600-seat ballroom, two bars, a business center and outdoor space.

As a result of the new expansion, 350 construction jobs have been created, including 35 for Native Americans. Once finished, 400 new casino jobs will be available.

Once the renovations are complete, Four Winds South Bend will feature more slot machines (2,250) than any other casino in Indiana. The next closest, Horseshoe Hammond, features 1,853 slot machines.

One of the big milestones the Hoosier State surpassed came three months into the new year.

By March, Indiana sports betting generated over $1 billion in handle. The $476 million wagered in March was a 50% improvement from the year prior.

Unfortunately, online lottery games and online casinos are not in Indiana’s plans for 2022.

Lawmakers tried passing a bill to legalize online casinos but could not gather enough votes. Experts anticipate the state legislature will try again in 2023.