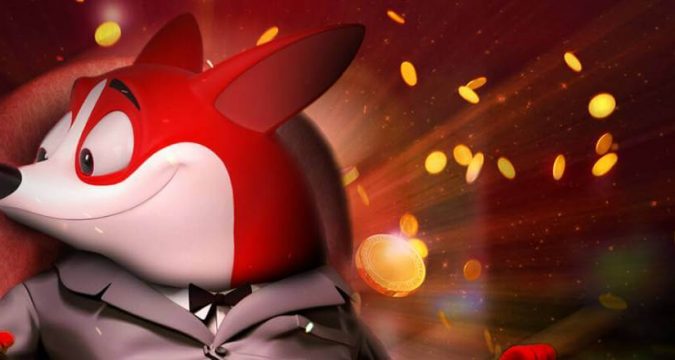 MGM Resorts (NYSE:MGM) is considering its options in a case of trademark infringement perpetrated by Red Dog – a Curacao-based online casino with a murky reputation.

“Literally, every day, there’s a new business popping up that wants to siphon off from someone else, and especially those companies that are located outside of the US that think that they can’t be held accountable in jurisdictional courts,” says Mark Tratos, a Las Vegas-based trademark and intellectual property attorney.

Alan Feldman, a former longtime MGM Resorts executive who now is a fellow at UNLV’s International Gaming Institute, says such flagrant trademark abuses are common. Via text, he rattled off a few of the weirdest or brashest ones he recalls:

An L.A.-area car wash called Mirage used the iconic Las Vegas casino’s five-palm-tree logo.
Several casinos in Asia have used Mirage or Bellagio “with or without our logos.”
A golf course in the northeastern US used Shadow Creek with the “same typeface, same logo, same color. When we sent the usual cease-and-desist letter, they decided to try to PR their way out and present a David-and-Goliath story. It didn’t work.” Shadow Creek is an exclusive Tom Fazio-designed golf course in North Las Vegas owned by MGM Resorts and originally built by then-Mirage Resorts CEO Steve Wynn.
There was “also a decent cafe/restaurant in Vancouver called Belaggio (sic), but they used our scripted design for the B.”

Red Dog is under fire for recent marketing efforts that have included sending daily e-mails to potential customers under the name “MGMBet” and using the domain name of mgmbet.io to bounce people to their actual website.

The company has no relationship or association with MGM Resorts or any other MGM-related brand, including BetMGM Casino, the Las Vegas-based conglomerate’s online casino brand.

“We’ve seen a couple of similar instances in the past. Just people pretending to be tied to BetMGM. I’ve forwarded this instance to our legal team.”

The casino, which is about three years old, appears to also market itself with emails from “Party Casino” and “888 Casino,” both well-known online casino brands based in Europe that have no actual known relationship with Red Dog.

No officials from Red Dog responded to requests for comment. Confusion is the point

“This is an area we called initial interest confusion,” says Tratos, an attorney with the Greenburg Traurig law firm who has represented MGM Resorts for decades in such matters going back to its origins as Mirage Resorts, then MGM Mirage and now the company’s current composition.

“Initial interest confusion basically occurs where people essentially can be siphoned off by seeing the MGM name and thinking this is part of their online gaming operation, so they initially go there. This is an infringement.”

Red Dog customer service representatives appear unaware of how the company is marketing itself. When a PlayUSA reporter asked if, given the emails suggesting so, they’re also called MGMBet, Party Casino, and 888 Casino, a representative in the casino’s live chat replied: “We’re not related to the Casino BetMGM. We’re not called any of the aforementioned names, we’re Red Dog casino.” Even before this flap, the site was under fire from users who have flooded message boards around the Internet complaining of difficulty receiving payouts and urging others to steer clear.

As recently as two weeks ago, a user named David Procaccini took to Casino News Daily’s comments section to gripe: Another user, Wes, had a similar complaint: “You will have to jump through so many hoops at Red Dog. This is not a result of slack working ethics, this is a calculated and considered attempt to delay payment in the hope that you will give up.”

What legal options does MGM have?

Tratos says the options for MGM Resorts to combat this sort of behavior have limitations. Copyright law is nation-specific, so if the government in Curacao doesn’t recognize the company’s rights, there’s little legal recourse.

Another option would be to challenge Red Dog’s right to own a “MGMbet”-related domain name through the International Corporation for Assigned Names and Numbers, or ICANN, which oversees all domains. That approach would “handle that kind of misuse without going to the courts. That is a helpful tool. It’s often less expensive. And that may be the choice MGM elects to make in this instance.”

“We work very closely with the creative teams in each of the properties before a hotel is ready to open [to] clear the intellectual property,” he says. “Every one of the properties has multiple domain names. One of the things we’ve oftentimes encouraged major properties to try to do is to prophylactically get domain names so if you’re BetMGM, then you also go out and register that MGMbet.”

Such a strategy has its limits, though, especially as ICANN adds additional top-level domain names to provide additional opportunities for brand violations.