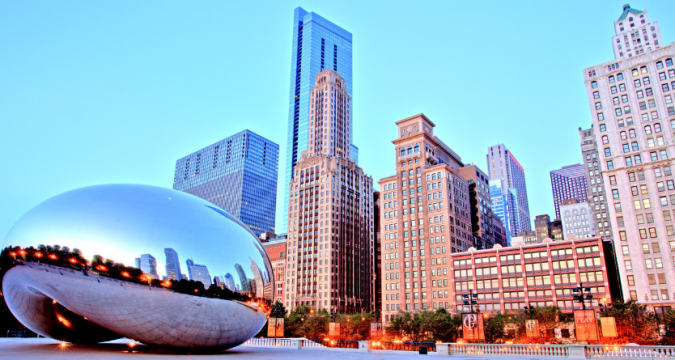 Many expect the future Bally’s Casino to be a cash cow for Chicago. After gaining city council approval, Bally’s is in the process of obtaining a casino license from the state gaming board. Once the company gets a license, it can open its temporary casino.

With a population north of 8.9 million and a robust tourism industry, there is no reason why a temporary Chicago casino can’t perform better than the one in Rockford, Illinois.

Since opening in November, the Hard Rock Rockford temporary casino has drawn 247,022 visits and generated more than $30 million in just over six months.

The power of a temporary Illinois casino

Hard Rock Casino Rockford will likely open in fall 2023. In the meantime, the temporary facility known as A Hard Rock Opening Act is a 37,000-square foot placeholder.

Hard Rock Rockford President Geno Iafrate said he is happy with the casino’s performance so far.

“We continue to see strong growth there and we know where our customers are coming from. A third of them are coming from outside 90 miles which is very encouraging.”

As for revenue, Rockford Mayor Tom McNamara said the temporary casino is producing the kind of numbers the city expected.

“Through the casino, we have been bringing in tens of thousands of dollars to the county, Loves Park and Machesney Park. In Rockford, now hundreds of youth are going to NIU free of charge. The vast majority are first generation college-going students. This is huge as we drastically lag other major cities in the percent of our population with a college degree.”

The city dedicates $1.5 million to a scholarship fund, which is replenished with its portion of casino proceeds.

According to the Illinois Gaming Board, Hard Rock Opening Act has generated about $1.8 million in tax revenue for local governments since its opening.

Expectations for a Bally’s Chicago Casino

Until Bally’s receives a casino license, it’s unknown how many slot machines and table games will be at the temporary casino.

The permanent location will feature 3,400 slot machines and 173 table games. City analysts estimate the casino to generate about $191.7 million in revenue six years after opening.

Much like Hard Rock Casino Rockford, there is no mention of Illinois online casino gaming.