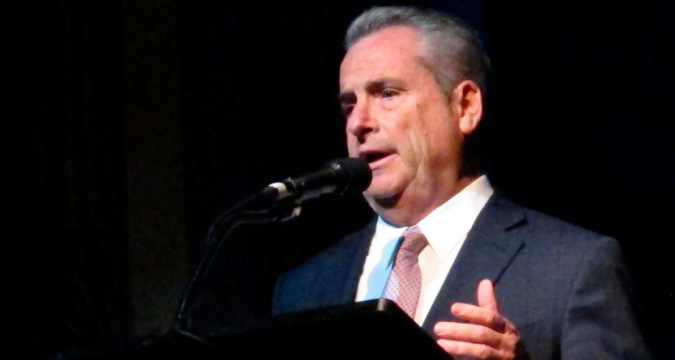 The first in a series of meetings between the public and casino operators hoping to win possession of Chicago’s sole casino license began Tuesday.

First up, Hard Rock One Central.

Hard Rock spent most of the discussion trying to convince the audience that its casino project was not tied to a larger development needing $6.5 billion in state financing.

“We have nothing to do with the massive project for One Central — that’s separate from us. The casino development will not take one penny of subsidies on this casino.”

In March, Jennie Bennett, Chicago’s chief financial officer, had this to say:

“The Hard Rock proposal proposes a phase one where the remainder of One Central does not need to move forward. It’s not contingent on state funding.”

The $1.74 billion proposed casino will be located south of Soldier Field. The property would feature 3,000 slot machines and 1,166 table games.

Additionally, the development will include several amenities such as:

It should be noted that sports betting and IL online casino gaming are not currently part of the casino plan.

Swaying the public and addressing comments for this potential Illinois casino

The Hard Rock team consisted of the Seminole Tribe of Florida, Landmark Development (One Central developer), and Black-owned Loop Capital.

When asked to commit to including locally-owned restaurants in the project, Allen said Hard Rock would “certainly look at what is available.” However, he did say the project would “100 percent” include restaurants owned by the company like a Hard Rock Cafe.

City analysts have categorized Hard Rock’s timeline as “aggressive.” If selected, Hard Rock says a temporary casino could be operational by the second quarter of 2023.

The permanent location would not be open until the third quarter of 2025.

A new special City Council committee will evaluate the winner selected by Mayor Lori Lightfoot. If approved and given full support by the City Council, the operator will then be assessed by the Illinois Gaming Board.