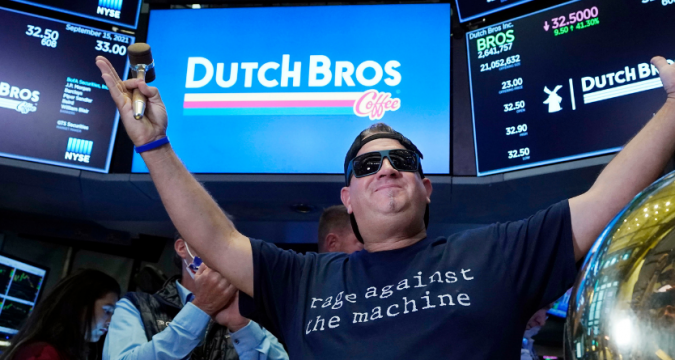 Grants Pass Downs owner Travis Boersma has described himself as a champion for horse racing in Oregon, saying he’s committed to saving the industry in the state. After an announcement concerning the 2022 commercial meet at the track on Tuesday, that commitment apparently has its limits.

Boersma announced that holding the meet this year “isn’t feasible” in a statement. Boersma’s action now puts into question the future of the track. The same doubt could linger about horse racing in Oregon as a whole, too.

Grants Pass Downs to be silent this year

According to Josh Shelton of KDRV, Boersma put the blame for the cancelation of the meet this year squarely on a decision to deny a gambling license to the connected Flying Lark entertainment venue.

“As a result of the Oregon Racing Commission’s vote to deny an operating license to The Flying Lark, Grants Pass Downs has lost its economic engine,” Boersma stated.

“While we remained hopeful we would be able to host a viable race meet, the uncertainty here and across the industry has resulted in a drastic reduction of racehorses at Grants Pass Downs. At this point, it’s clear running the meet isn’t feasible.”

The decision Boersma referred to came down in February. The ORC denied an application to operate over 200 historical horse racing machines (HHR) at the Flying Lark. The ruling wasn’t met with disappointment from Boersma alone, however.

The very Commissioners that made the decision made clear they did so because they felt compelled by the state’s executive branch. Earlier in February, the Oregon Justice Dept. issued an opinion that the Flying Lark’s plans represented illegal gambling.

Shelton reports that after the license denial, Boersma committed to funding the commercial meets himself for the next three years. However, the billionaire founder of Dutch Bros. Coffee made no mention of that promise on Tuesday. Reversing course on that promise could be a political move.

The cancelation is the latest event in a series not only involving the Flying Lark and the track but the entire gaming industry in Oregon. As in many other states, there is a divide between commercial and tribal interests.

The state’s tribal casino operators have been active in Salem. In the past session, they pushed for bills that took direct aim at the expansion of commercial gaming in Oregon. Among those were:

Additionally, tribal casinos in Oregon opposed a bill that would have authorized DraftKings (under the Oregon Lottery‘s auspices) to accept wagers on college sporting events online. Currently, such wagers are only legally available in Oregon at retail sportsbooks inside tribal casinos.

“Our concern about the Flying Lark is not personal to Mr. Boersma or an opposition to live horse racing. In fact, many Tribes sponsored events and races over the years, and we would like to see this industry survive and thrive in Oregon. However, we believe there is a better way to support horse racing than through a private casino that violates state law and redistributes gaming revenue from Tribes and the state lottery to a private business owner.”

Those same tribal groups are among those set to meet with legislative leaders on the topic of gaming in Oregon soon. Boersma’s decision might affect the candor of that meeting and anything that happens thereafter.

Questions for Oregonians for the future

Shelton’s report also states that the decision to cancel the meet resulted in Grants Pass Downs laying off 50 employees. It’s unclear if Grants Pass Downs is working on a plan to bring them back at some point or not.

In his statement, Boersma dropped no hints about the track’s future. Several questions are now valid. They include:

What happened to make Boersma reverse course on his commitment to funding the meet himself?
Did sponsors of previous years’ meets, like TVG, pull out?
If so, was the license denial for the Flying Lark a factor in those moves?
If not, was the decision to cancel not based on a lack of funding for this year’s meet?
Would the diminished interest Boersma talked about have changed if he provided the funding as he said he would?
Did Boersma, at least in part, make this decision to prove his point about the revenue from HHR gaming being necessary for Grants Pass Downs to operate?

At the very least, the cancelation seems to reinforce a narrative around horse racing. That is, plainly, that the racing action isn’t economically sustainable on its own. At least to the extent that stakeholders like Boersma desire.

Another example of horse racing’s insistence that it needs other forms of revenue is the center of a debate in New York as well. There, some state legislators have presented proposals to repeal tax subsidies for New York’s tracks.

Those ideas have stirred fierce opposition from proponents of horse racing in the state and the legislators that have tracks in their districts. They argue that the tax breaks are essential for the industry’s survival in New York.

That comes as the occurrence of racetracks converting to “racinos” (tracks that offer some other forms of gambling in addition to live racing) has skyrocketed. Since 1990, 11 states have approved such operations.

Diversifying revenue streams is certainly nothing unique to horse racing. At the same time, the decision to cancel this year’s meet at Grants Pass Downs only strengthens the narrative that horse racing can’t pay its own bills.

If a billionaire owner of a track isn’t willing to foot that bill, then Oregon horse racing might be in real trouble.