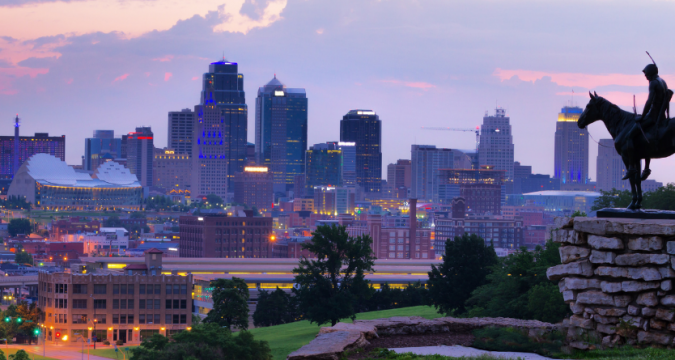 Gov. Laura Kelly‘s signature on a Kansas sports betting bill means her role in the legislation’s enactment is over. The work is just beginning for a lot of other people in the state now, though. That’s likely to include some legal professionals.

A lawsuit that came down before the ink of Kelly’s signature dried is over an item in the law that has nothing to do with sports betting in Kansas. It’s all about a defunct dog track, historical horse racing, and a Mulvane casino.

Less than two weeks after the Kansas legislature sent SB 84 to Kelly, she signed it Thursday. Thus, there is now a legal system for betting on sports in Kansas. The regulated framework includes both in-person and online wagering.

The Kansas Lottery will regulate sports betting in the state. The new law gives it the balance of the year to work out regulations and get ready to start issuing licenses. The law’s tenets provide for what could be a very competitive marketplace.

Each of the state’s casinos and federally recognized tribes are eligible to apply for a license. In addition, they can contract with businesses to host kiosks on their premises. The law states that at least 20% of those kiosk hosts must be fraternal or veterans’ organizations.

All licensees also get three “skins” they can delve out to online operators and/or use for their own online sportsbooks. Some Kansas casinos already have such contracts in place. For example, PointsBet has a deal with the Kansas Crossing Casino.

The law gives a fourth skin to any casino or tribe that partners with a Kansas sports team. That means the Kansas Speedway and the MLS club Sporting KC could get involved. The same goes for any future franchises.

Although the Kansas City Current of the NWSL currently play their home matches at Children’s Mercy Park in Kansas City, Kansas, the club’s future stadium is on the Missouri side of the river. The law restricts such partnerships to clubs that play their home games in Kansas. Thus, any Current-aligned sports betting product would be short-lived at best.

Speaking of things that could be short-lived, a provision in the law governing historical horse racing might not actually see the light of day.

Lawsuit over HHR already in the works

The new law has a provision allowing for up to 1,000 historical horse racing machines at the Wichita Greyhound Park. According to Shelby Kellerman of the Wichita Business Journal, the track’s owner is keen to revive operations there. The track ceased dog racing in 2007 and has sat mostly idle since.

The Kansas Star Casino filed a lawsuit yesterday that argues the Kansas Lottery has breached its contract by allowing casino gaming in the casino’s immediate vicinity. The casino is just 15 miles away from the track.

The state’s attorney general is looking into the dispute as well. Although there is a chance that a court could strike down the entire law, a more narrow ruling on the legality of HHR gaming alone is a more likely outcome.

As quickly as the Lottery can gather its druthers on regulating sports betting, retail and then online sportsbooks will launch around the state. The drama over the adjudication of the new law has already begun.