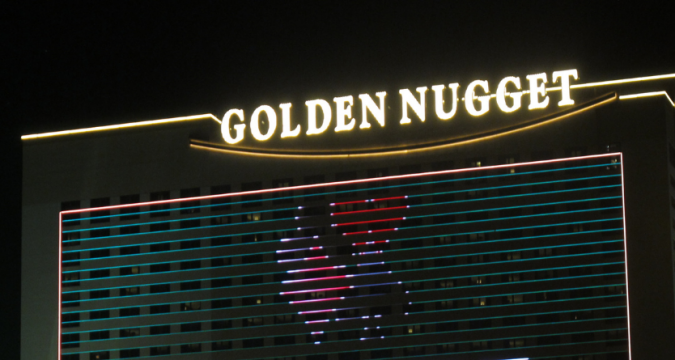 Golden Nugget Casino is the lifetime leader in New Jersey in terms of online gambling revenue. It has made another move to stay at the top. On Tuesday, Golden Nugget Online Gaming (GNOG) announced it had added new games to its online casino app.

The games aren’t new to New Jerseyans, just to Golden Nugget’s app. They could help GNOG stave off a serious threat to its market leadership, too.

Online casino players in New Jersey might already be familiar with some of the Digital Gaming Corporation’s games. Popular titles from the studio include:

BetMGM Casino has offered DGC titles in NJ since September of 2020. Now, DGC expands its reach with the Golden Nugget partnership.

“Golden Nugget Online Gaming is a leading operator in the regulated US market and a perfect multi-state partner to DGC, especially as the US online gaming market expands,” said Neill Whyte, Chief Commercial Officer of DGC’s business to business iGaming division.

“The company’s focus on offering its players the best experience, combined with its knowledge of casino content, is well known in the industry.”

According to a press release, the initial rollout of DGC games on Golden Nugget’s casino app pertains to New Jersey only for now. Golden Nugget also offers online casino play in Michigan and Pennsylvania.

Adding the games ensures that BetMGM Casino doesn’t have an edge on Golden Nugget in this regard. That’s an important move for GNOG to make as it tries to stay atop its perch in the Garden State.

While Golden Nugget has made more revenue off online gaming in NJ than any other licensee, that status might be in doubt. For the past 11 consecutive months, online casino and online poker revenue under Borgata’s license has outperformed the same at Golden Nugget.

The brands that operate under Borgata’s license include BetMGM and Borgata Casino. Thus, adding DGC games is a direct move to counter that competition. The same games are now available on Golden Nugget’s platform.

Whether that alone will be enough to limit Borgata’s challenge to Golden Nugget’s supremacy remains to be seen. At the very least, Golden Nugget players in New Jersey have some new games to try out.