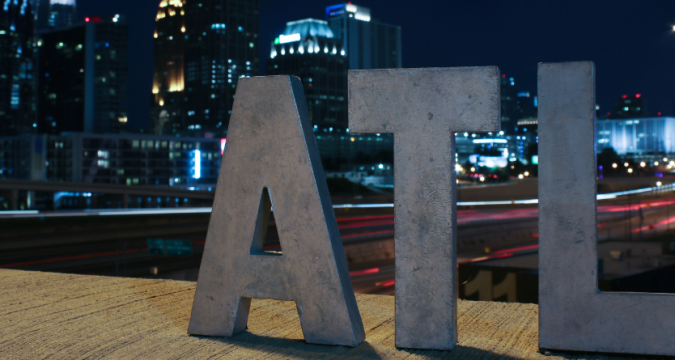 The past Georgia legislative term saw both chambers of the body approve some form of Georgia gambling expansion. Differences in the form and scope of that expansion ultimately resulted in the failure of all those measures, however.

Thus, it will be at least another year before brick-and-mortar casinos, horse racing or legal sportsbooks are on the docket in Atlanta again. Whether any version of the bills that fell short in this term has a better chance in 2023 or beyond isn’t certain, either.

The term saw several attempts that trod disparate paths. Among them was everything from a wholesale change in how the state regulates gaming to the simple addition of horse racing only.

In the end, though, none of the approaches proved successful.

A proposed amendment to the state’s constitution started out with Georgia House Speaker David Ralston. The amendment was unique among the proposals in that it didn’t specify any form of new gaming.

Currently, the only legal forms of gambling in Georgia are the Georgia Lottery and some coin-operated amusement machines.

Instead, Ralston’s amendment would have transferred the power to legalize new forms of gambling from the state’s voters to the legislature. Ralston’s proposal sat idly for weeks before other action in his chamber invigorated it.

Ironically enough, it was an 11th-hour move to try to save one of the original proposals.

In 2021, the Georgia Senate passed a sports betting-only package. However, it sat silently in the House until late last month. The version that the House ended up passing represented quite a deviation from the Senate-approved package, however.

SR 135 essentially had Ralston’s proposal added as an amendment, making it far broader. There were other material changes to the enabling legislation as well.

For example, the House-approved version cut the tax rate on sports betting revenue to 16%, down from 20% in the original bill.

Whether it was those changes or other concerns, the Senate didn’t reach concurrence prior to the legislative session ending on Monday. That same body declined to hold a vote on another proposal from one of its own.

Also, last month, a proposed amendment that would have asked the state’s voters to legalize wagering on horse races died on the Senate floor.

That amendment and enabling legislation would have allowed for in-person wagering on live and simulcast races in the state. Additionally, it would have created a regulatory system for up to five tracks within Georgia.

For all these measures, it seems the factor culpable for the failure is the same as it’s always been in the state. Moral perceptions and the timing of politics once again held up gambling expansion.

More of the same ole’ song in Georgia

When the term began, there was renewed optimism in Atlanta on gaming. For Ralston, who had stayed mum on the issue of gambling in previous terms, to make his proposal represented progress.

Lobbying from the state’s professional sports teams in 2021 for sports betting legalization produced some momentum as well.

Potential casino developers and other gambling companies joined in. Why did it all prove insufficient? Far-right opposition to gambling expansion and the upcoming elections in the state.

Georgia Rep. Ron Stephens told Matt Kredell of sister site PlayGeorgia that members of his Republican Party were split down the middle on gaming expansion. The opposition focused on moral abstention and using opposing gambling as a campaign tool.

“We had an uprising if you will once this thing got out of committee,” Stephens said.

“It came from the same people who tried to kill our HOPE Lottery 30 years ago. At the end, a lot of my colleagues started thinking about getting elected and became paranoid that this issue might jump in between them somehow.”

People currently working in Atlanta as elected officials aren’t the only ones employing opposing gambling as political fodder. Republican candidate for Georgia lieutenant governor Jeanne Seaver also has spoken out against it.

Regardless of the reasons why the fact is that the earliest opportunity the state’s voters will have to expand gambling in Georgia is now 2024. That would mean up to three more College Football Playoff cycles without legal sportsbooks in the Peach State.