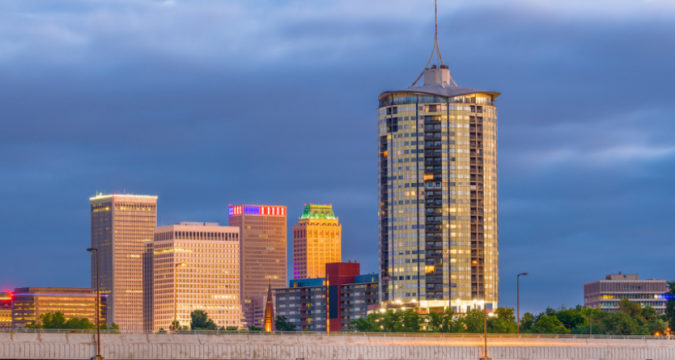 It’s important to understand that Indigenous peoples groups in North America are not a monolith but rather a collection of hundreds of disparate cultures, heritages, and languages. Those disparate identities translate into the gambling industry with tribal casino matters, like the ongoing Warm Springs Casino lawsuit.

The dispute over the casino’s opening has seen its first ruling, which came in the casino’s favor. It’s just a temporary victory for the Fort Sill Apache Tribe property, however, and the main issues of the controversy are still pending litigation.

Warm Springs Casino near Anadarko, Oklahoma, hasn’t opened its doors yet despite most of the preparations for a grand opening being in place. The objection of two other Oklahoma tribal casino operators is most of the reason for the delay.

On May 24, the Comanche and Kiowa nations filed Kiowa Tribe et al. v. United States Department of the Interior, et al. in the federal court for the Western District of Oklahoma. The lawsuit argues that the land the Fort Sill Apache built their second Oklahoma casino on does not rightfully belong to the Tribe.

As part of that proceeding, the plaintiffs asked the court to issue a temporary restraining order against the casino opening while the litigation continued. On Friday, United States District Judge Charles B. Goodwin issued an order pertaining to that request.

“Plaintiffs cannot satisfy their legal burden to show that they are substantially likely to succeed on the merits of any of their legal claims” in a full trial.

In civil lawsuits, such burdens lie with those who ask for such restraining orders. It’s their responsibility to prove to the court that they are not only likely to win the lawsuit but that without such an order from the court, they would suffer irreparable harm.

“The lawsuit presents difficult and intertwined questions of fact and law that have yet to be addressed in depth.”

That doesn’t mean the casino is in the clear now, though. Actually, this is a small victory for the Fort Apache Sill Tribe.

As Goodwin alluded to, the litigation of this matter is complicated. However, the next step is clear. The plaintiffs are now asking for a preliminary injunction against the casino’s opening.

For the casino, that would have a very similar effect as the temporary restraining order. It would effectively prevent Warm Springs from opening its doors to the public while the court worked its way through the litigation.

When considering a motion for a restraining order, the court simply assesses whether the plaintiffs are likely to succeed in the lawsuit and whether they would suffer irreversible, substantial harm without the restraint. In arguing for the injunction, the plaintiffs will actually have to convince the court that the Department of the Interior erred.

What the plaintiffs object to

The plaintiffs’ arguments refer to a 19th-century treaty and the proximity of their own casinos to Warm Springs. This isn’t the first time the Fort Sill Apache has faced legal obstacles in bringing the casino to life, either.

The plaintiffs argue that an 1867 treaty promises the land in question to the Kiowa Nation. The Department of the Interior recognized the Fort Sill Apache in 1976. In 2001, the Tribe acquired the land from the DOI.

In 1988, the US enacted the Indian Gaming Regulatory Act. Among other things, that law deemed it necessary for all tribal casinos to operate on sovereign lands. Thus, the dispute is at its heart over whether the DOI’s taking the land into trust for the Fort Sill Apache and allowing gaming operations on it is legitimate.

The defendants argue that because they received federal recognition prior to the enactment of the IGRA, the gaming operations on their sovereign territory are not subject to the law’s tenets. Thus, the plaintiffs’ arguments are moot.

The Kowai Nation and Comanche Nation each have two casinos within a 30-mile radius of Warm Springs. Thus, they are trying to protect their revenues with this complaint. Whether they will ultimately be successful is unclear right now.

The denial of the restraining order wasn’t a court opinion on the merits of the case. Thus, both sides of this dispute still have some vigorous legal cases to mount in the coming weeks.