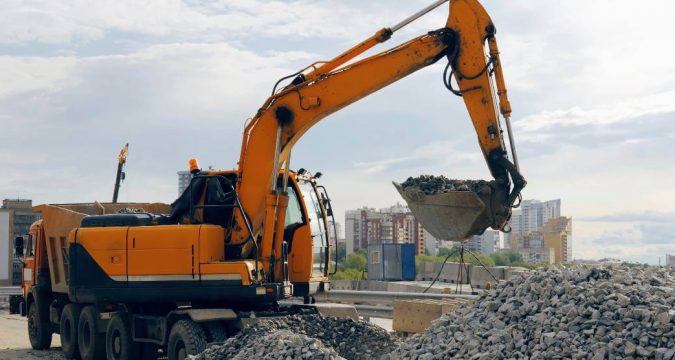 Things have finally started to move along on the new Caesars casino coming to Danville, Virginia in 2024.

The company’s new property, named Caesars Virginia, is being built on the former site of the Dan River Mills Schoolfield complex.

“I am sure that was a little bit heartbreaking to see that happen because it’s a piece of history, but with that being said, you know, there is new history to be made on that site.”

In March, demolition began on the site to make room for the new casino. The final pieces came down last month and work will now begin on the actual land.

Larking said it could take a few days to a few short weeks.

“The next part of the process would be for them [contractors] to grave the property where it needs to be, and then they can start building up from there,” Larking explained.

According to the initial plan, the $500 million Caesars casino resort in Danville was set to be complete in late 2023, but Caesars delayed its opening until further notice.

The company estimates the construction should be completed in less than two years, with a grand opening expected in late 2024.

The Virginia casino resort will include an entertainment center with a 2,500-seat capacity and a massive casino featuring 1,400 slot machines, 75 table games, a live World Series of Poker room with 25 tables and a sportsbook.

Caesars Virginia will also feature a hotel with 500 guest rooms, meeting rooms and a conference center. The new entertainment center will have a 2,500-seat capacity.

The project should bring 900 construction jobs and 1,300 new operational jobs.

In April 2022, Caesars Virginia revealed that Baltimore-based Whiting-Turner would be the general contractor to build the property.

Whiting-Turner has also built the Horseshoe Baltimore casino and The Theater at MGM National Harbor in Maryland. Its previous projects include Caesars Palace Las Vegas and The LINQ Hotel + Experience Las Vegas.

Danville is one of four Virginia cities that have land-based casinos up and running. Other casino resorts are in Norfolk, Portsmouth and Bristol.