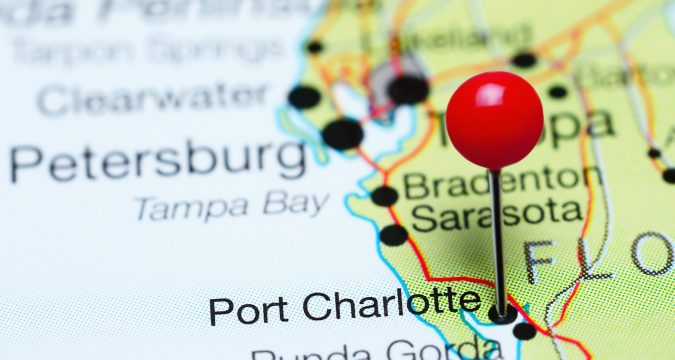 The gambling industry in Florida remains firmly in control of the Seminole Tribe. Expansion of that industry in a prized state is gridlocked.

But parties interested in growing or curtailing gambling expansion in a state of nearly 22 million residents continue to make preparations in case the state legislature ever expands Florida retail and online casino gaming, sports betting, and poker beyond the Tribe’s land.

For politicians, that means concocting cursory rules to deal with possible laws that may or may not ever be enacted years from now. For gambling companies and lawyers, that means more billable hours.

“The future of gaming expansion in Florida is murky at best,” John Pappas, founder, and CEO of Corridor Consulting told PlayUSA. Florida.

To that end, the Charlotte County Charter Review Commission on April 13 approved a proposed ballot question for the November 2022 election that would put any local casino construction to a vote of the 189,00 residents.

The proposal has at least one more layer of local review left but currently has nothing to address. All seven of the true casinos in the state of Florida operate on tribal land – six are owned by the Seminoles – and are therefore under the jurisdiction of the compact signed by those tribes and the state.

Any expansion of gambling on non-tribal lands would require new laws, and as evidenced by the layered legal arguments in opposition to the Seminole’s voided 2021 compact that granted them state-wide mobile sports betting, opposition to that remains ardent.

In 2019, Floridians approved Amendment 3, which requires any gambling expansion off tribal lands to receive 60% voter approval.

“The legislature will not be eager to push for gambling expansion since many lawmakers will be wary of future legal challenges,” Pappas explained.

“The voter initiative route is also a difficult path given the high hurdles that must be met to gain approval. Amendment 3 was drafted precisely to slow the expansion of gambling in Florida, and it is working as intended.”

The Seminoles and Walt Disney Corp. were high-dollar benefactors of the successful bid to pass Amendment 3 for their own specific corporate interests.

Berntsson admitted that the Charlotte County proposal could be toothless without being written to counter a specific state expansion of gambling.

“We don’t know what law would be allowing it in the first place, so it’s hard to say that it’s contrary to that general law,” he said.

“The referendum would be a level of protection that can be put in place but it may not withstand judicial challenge.”

Written using a similar gambling provision from Osceola County as a template, the Charlotte County proposal reads as follows:

READ MORE: Seminole Tribe has long held all the cards in Florida Legal observers predict that the ultimate fate of the 2021 gambling compact between the Seminoles and Florida could eventually be decided by the Supreme Court.

With the case moving at a typically judicial pace, that could take years. It’s a slow-roll ‘race’ between various branches of government.

After almost one roaring month in the legal sports betting business in November, Florida went dark – at least legally – when District Court Judge Dabney Friedrich voided the compact, saying it went beyond the scope of the legal precedent set up by the Indian Gaming Regulatory Act.

This was because the state had granted the tribe state-wide mobile sports wagering, and compacts are deemed to govern gambling only on tribal lands. According to the judge, the Seminole’s servers residing on their property were not enough.

The Department of the Interior allowed the compact to pass into law after a 45-day waiting period, and in essence, punted it to the courts. Friedrich didn’t punt.

In invalidating the compact and sending Florida’s gambling governance back to a 2010 deal, the Seminoles also lost the right to offer craps, roulette, and sports betting on their property.

Attempts by outside companies like Las Vegas Sands, DraftKings, and FanDuel to solicit signatures for ballot measures that could give them a beachhead in trying to legalize gambling outside the compact failed.

Meanwhile, the Seminoles, through their Hard Rock brand, keep expanding elsewhere, opening a sports betting platform in Arizona through a deal with the Navajo Nation.

Various other ancillary bits of paperwork are also working their way through the legal system regarding venues for certain parties suing to keep the compact quashed.

The bottom line: The Florida Legislature didn’t address gambling expansion this year. Unless Gov. Ron DeSantis and the Seminoles surprise with another deal, any expansion of gambling in Florida remains a far-flung proposition.

“The legal case surrounding sports wagering and the Seminole Tribe is unlikely to be resolved anytime soon,” Pappas concluded.

“The legal process in itself is lengthy, and in all likelihood, parties will appeal outcomes which potentially extends the case into years, not months.”

So all those local communities will have plenty of time to plan out eventualities.