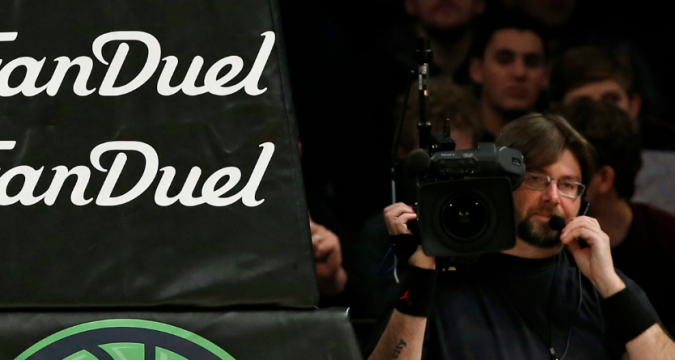 What do a contender for the greatest share of the US online casino market, the dating app on your phone, the pictures of your recent vacation on your wall, that box of mac ‘n cheese in your cupboard, and JAY-Z‘s cannabis company all have in common? Mischief @ No Fixed Address.

Mischief is an up-and-coming advertising agency that FanDuel Casino has contracted with to market its online casino games in the country. The move puts FanDuel in the same company as some of the most recognizable brands in the US.

According to a Thursday press release from FanDuel, it has chosen Mischief “as its creative agency of record.” Yahoo! Finance reports that Mischief had over 65 clients in April, a more than three-fold increase from a year prior. Among those clients are:

FanDuel describes the move as one made to try to get out ahead of more growth in US online casinos.

“As FanDuel Casino introduces and acquaints itself to people across North America, we want to do it in an unexpected way that is so distant from category conventions. This is a sector ripe for disruption. So, it’s only fitting that our agency partner specializes in blowing stuff up. Mischief is the leader of disruption and strategically powerful ideas which have proven to move business time and time again. We can’t wait to make an impact together.”

The release states that the first marketing campaign for FanDuel from Mischief “is set to launch later this year.” Players in four states are the most likely to see what Mischief comes up with.

The release also suggests that the places where FanDuel Casino currently operates are the first destination for Mischief’s materials. Those are Michigan, New Jersey, Pennsylvania, and West Virginia.

While FanDuel does power the Mohegan Sun online casino in Connecticut, that platform bears the Mohegan Tribe’s branding, not FanDuel’s. If Mischief can apply its past success to FanDuel, though, this could make a difference for the company in those four states.

If FanDuel’s market share in these states does increase, it could be due to a lot of Mischief.