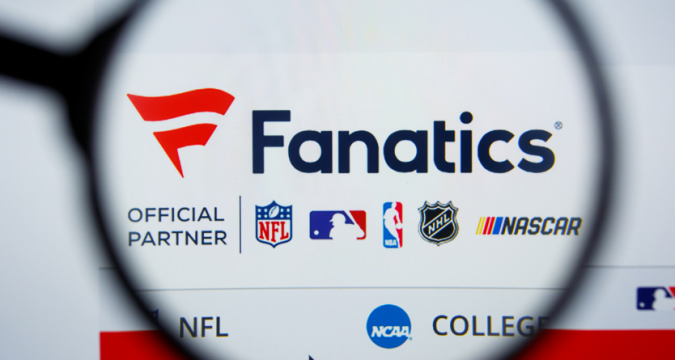 Fanatics CEO Michael Rubin is ditching the title of NBA franchise owner and trading it for gambling operator.

Rubin is selling his 10% equity stake in Harris Blitzer Sports & Entertainment (HBSE), which owns the Philadelphia 76ers (NBA) and New Jersey Devils (NHL). The reason behind the sale appears to be conflicting interests with Fanatics pivoting to the gambling industry.

Fanatics has slowly been stockpiling resources and building a foundation to launch a premier sports betting product. With the company expanding into online gambling, the next logical step is getting out of the ownership business.

In a statement, Rubin had this to say:

“As our Fanatics business has grown, so too have the obstacles I have to navigate to ensure our new businesses don’t conflict with my responsibilities as part-owner of the Sixers. Given these realities, I will sadly be selling my stake in the Sixers and shifting from part-owner back to life-long fan.”

Following the sale, Fanatics can enter into financial partnerships with individual players. Partnerships came in the form of ambassadors or endorsement deals to promote the Fanatics sports betting brand.

On April 20, Colorado Rockier outfielder Charlie Blackmon became the first MLB player to sign an endorsement deal with a sportsbook.

In May, Fanatics filed to trademark the brand BetFanatics, which it will use for all retail and online sports betting applications.

“Given Michael’s tremendous success growing Fanatics into a global platform across every major sport, his decision doesn’t come as a surprise. I am so grateful for his years of partnership. His fierce passion, entrepreneurial mindset and steadfast commitment to doing the right thing have left an indelible mark on the Sixers organization.”

Fanatics is a billion-dollar global platform – and growing

Rubin has taken Fanatics, which sells licensed professional and college merchandise, and transformed it into a multi-billion dollar company.

As of April, Fanatics holds a $27 billion valuation with several major league sports teams as investors, including a $320 million investment from the National Football League.

“[Rubin’s] instincts, work ethic, passion, and ability to bring people together have helped establish him as one of the industry’s most influential and successful leaders.”

“As he prepares for this new chapter in his career, I’m excited to watch Michael further revolutionize the Fanatics business, unlocking its full potential by connecting sports fans from around the world through a multitude of new platforms and verticals.”