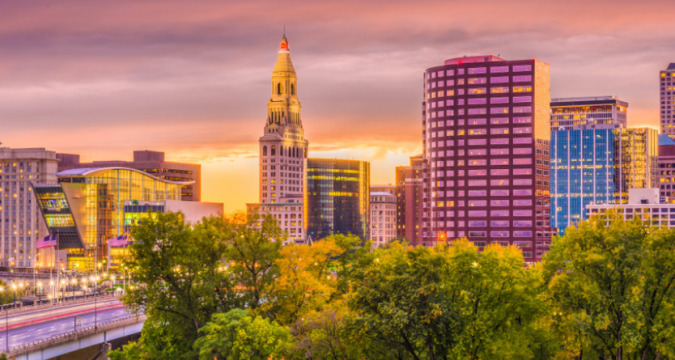 For Connecticut online casino players, it’s like ordering an appetizer sampler at a restaurant. In short order, though, full-size versions of Evolution Connecticut studio live dealer games will hit the table, quite literally.

Evolution initiated a mandatory soft-launch period for its new studio in the state earlier this week. Provided everything goes well, that will be a precursor to many more options available in Connecticut soon.

According to a press release from Connecticut Gov. Ned Lamont, the studio in Fairfield started its soft-launch phase on Monday, July 11, at 11 a.m. Lamont says at full strength, the studio will employ almost 400 people.

The soft-launch period is a standard operating procedure in Connecticut. When online casino and online sports betting first began in the state, the operators followed the same practice.

Right now, only a limited number of blackjack and roulette titles are available to a restricted number of participants. Connecticutters cannot volunteer to participate in the trial phase. The state’s Dept. of Consumer Protection invited participants.

The release states that “pending the resolution of any issues discovered in the soft launch,” Evolution‘s full complement of live dealer games will be available to all players on Monday, July 18. That access will be broad, too.

The press release further states that Evolution’s studio presentations will be available on both DraftKings Casino and the FanDuel-powered Mohegan Sun Casino. If the Connecticut product is similar to games available in other online casino states, Connecticut players should enjoy the content.

Evolution lists several games among its studio offerings on top of blackjack and roulette, like:

The accessibility of live dealer games, especially under Evolution’s brand, puts the online casino products in Connecticut on par with the same in any other US state. On Monday, July 18, the temporary limitations will hopefully expire.